A team of archaeologists from Egypt and Switzerland unearthed the 3100 year-old tomb of a female singer in the valley of the kings – a woman not related to the ancient Egyptian royal families ever found there. 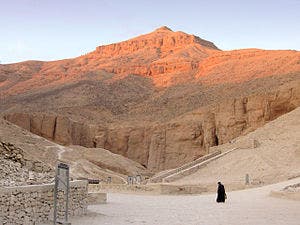 This was published on numerous sites with faulty information, reporting that the tomb was 1100 years old (like this article from the Independent), but that’s wrong, displaying yet again how badly science reporters sometimes treat their data. The body found was buried in 1100 BC, as in 1100 years before the year 0.

The singer’s name was Nehmes Bastet, which means she believed she was protected by the feline deity called Bastet, and her coffin was incredibly intact. It was actually found by accident, as archaeologists weren’t even looking for new tombs. What’s even more interesting is that the tomb wasn’t built originally for her, but 400 years earlier, it was built for someone else, though scientists can’t say for whom.