Basque people, who to this day speak a prehistoric language, came from early Iberic farmers

Basques - an ethnic group from modern day Spain - were thought to be direct descendants of hunter-gatherers who had managed to remain isolated during the initial wave of migration of early farmers in Western Europe. A comprehensive genetic analysis performed by scientists at Uppsala University suggests the Basques are more related to early farmers than hunter gatherers. Instead, what likely happens is that these early farmers kept to themselves and resisted breeding with later migratory waves.

by Tibi Puiu
in Anthropology, News
Reading Time: 4 mins read
A A
Share on FacebookShare on TwitterSubmit to Reddit

Basques – an ethnic group from modern day Spain – were thought to be direct descendants of hunter-gatherers who had managed to remain isolated during the initial wave of migration of early farmers in Western Europe. A comprehensive genetic analysis performed by scientists at Uppsala University suggests the Basques are more related  to early farmers than hunter gatherers. Instead, what likely happens is that these early farmers kept to themselves and resisted breeding with later migratory waves. 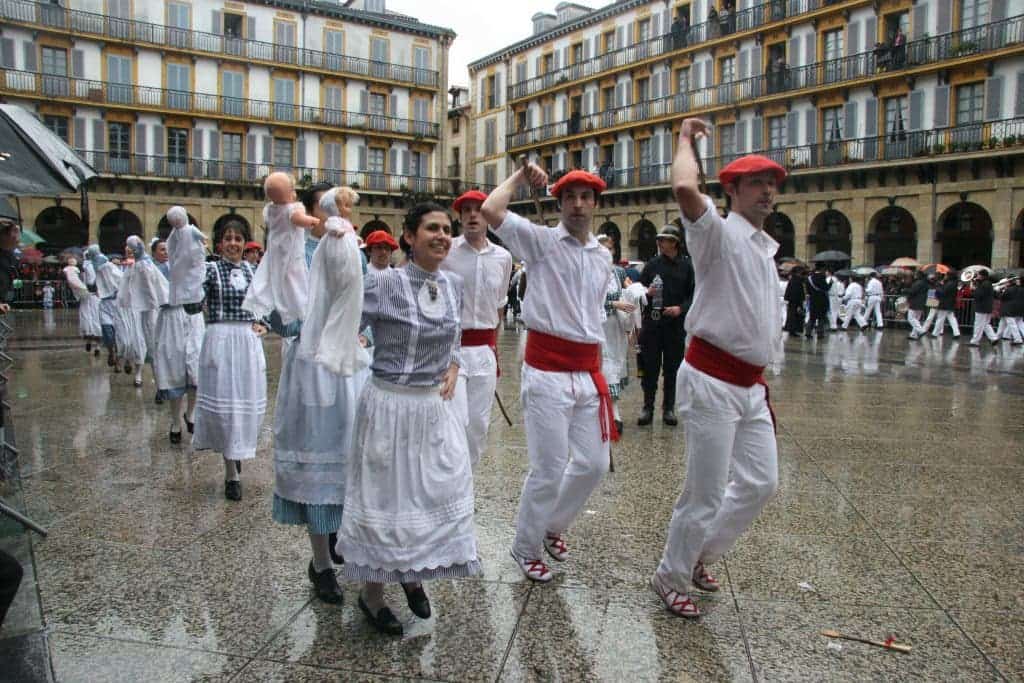 What makes Basque people unique is their language. Sure, you might say, most countries have their very own, distinct language. But if you trace each of these languages, you’ll find they stem from a common root. Most of the European ones, with the notable exception of Uralic languages like Finnish, Hungarian, and Estonian, belong to a large family of languages called the Indo-European family. Basque, or Euskara as known by its denomination, on the other hand doesn’t resemble any other language on the face of the Earth, past or present.  Other potential non-Indo-European languages such as the Tartessian or Pictish are either doubtful or uncertain in classification and understanding (Etruscan, or later Arabic in Spain, are not indigenous).

Seeing how the language must have been spoken for millennia, some have claimed that Basque is a perfect example of a “relic language” – a language which dates from prehistoric, hunter-gather times which somehow survived the influence of farmers who moved in the region some 7,500 years ago. It looks like an enigma, but luckily there’s an anthropological treasure trove that might come to the rescue: the El Portalón cave in northern Spain. Located near  the Atapuerca Mountains, this cave has been constantly occupied from 30,000 to 1,000 years, sheltering hunter gathers, early farmers and medieval Basques. Each generation left its mark on the cave as demonstrated by the countless artifacts found in the cave.

“The El Portalon cave is a fantastic site with amazing preservation of artefact material,” says Dr. Cristina Valdiosera of Uppsala University and La Trobe University, one of the lead authors.

“Every year we find human and animal bones and artifacts, including stone tools, ceramics, bone artefacts and metal objects, it is like a detailed book of the last 10,000 years, providing a wonderful understanding of this period. The preservation of organic remains is great and this has enabled us to study the genetic material complementing the archaeology,” Dr. Cristina Valdiosera continues.

Among the numerous pottery, tools and weapons, there are also countless purposely marked graves spanning through the whole occupied age of the cave. The Uppsala researchers took samples from four female and four male skeletons dated to between 5500 and 3500 years ago (early farmers), or between the Copper Age and the Bronze Age. DNA was extracted and their genomes sequenced. This genetic material was then compared side by side with that gathered from hunter gatherer population who occupied Central and Western Europe  8000 to about 5000 years ago and the 2000 genomes from modern-day Europeans.

This comparative analysis suggests that today’s Basques are more related to the El Portalón early farmers than any other group in the study, hunter-gatherers included. Upon a closer look, the El Portalón farmers have a similar story to those of central and northern Europe, originating from the southern wave of early farming expansion. They also mixed with the local hunter-gathers.

“We show that the hunter-gatherer genetic component increases with time during several millennia, which means that later farmers were genetically more similar to hunter-gatherers than their forefathers who brought farming to Europe,” says Dr. Torsten Günther of Uppsala University and one of the lead authors.

These findings refute the claim that Basques are living relics – direct descendants of Mesolithic hunter-gatherer groups. Instead, while they have a hunter-gatherer ancestry (like all of us for that matter), Basques most likely can trace their ancestry to  early farming groups from Iberia. But the Basque language, heritage and culture are clearly remnant of a period of isolation, but that period came after the initial wave of early farmers. Modern Spanish and Portuguese people, for instance, have genetic material from these later expansions, yet the Basques stayed ‘clean’. As for the language itself and its origins, at this point it’s a chicken or the egg riddle. Either it was assimilated by the migrants from hunter-gather populations, which seems unlikely, or it was brought with the migrants. Somehow, while all the rest of Europe was swept by the Indo-European language family, Basques manages to resist.