New analysis of fossil teeth from extinct fossils has shown that human ancestors greatly expanded their diets 3.5 million years ago, moving on to eat grasses and also other animals. Before this, the humanlike creatures (hominis) ate a forest based diet, pretty similar to what chimps and apes eat today. 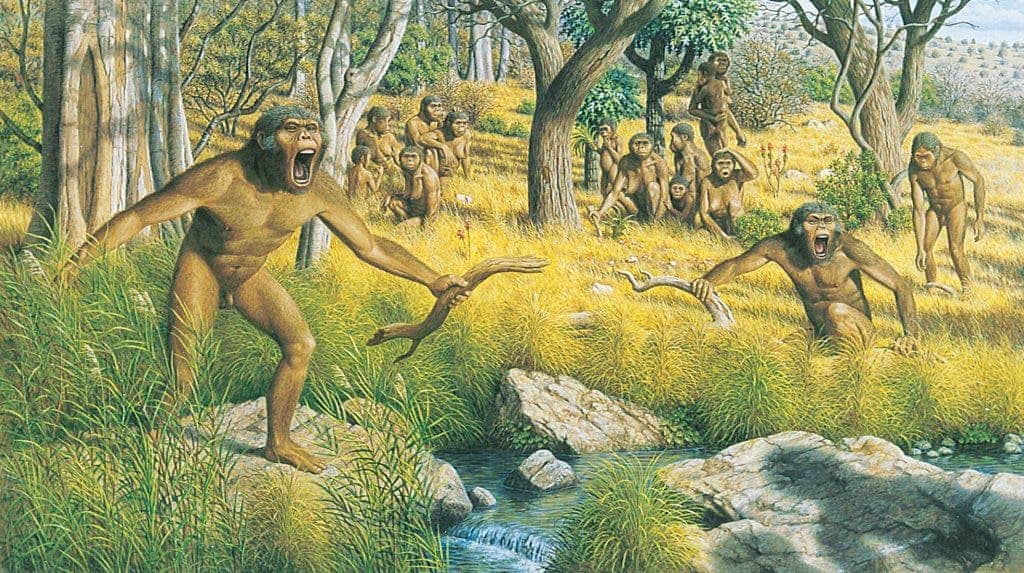 Researchers from the California Academy of Sciences have analyzed the teeth of 11 species of hominins and other primates found in East Africa. They focused on the enamel, which is a good indicator of diet.

Like chimps today, our ancestors ate a diet mostly based on leaves and tree fruits, shrubs, and other such foods. But this newly conducted study showed that this changed 3.5 million years ago in the species Australopithecus afarensis and Kenyanthropus platyops. They started to develop a liking for grasses, like maize for example, or sugar cane, and even for animals which ate grasses. They also tended to move from the forests to more open, savannah like environments. 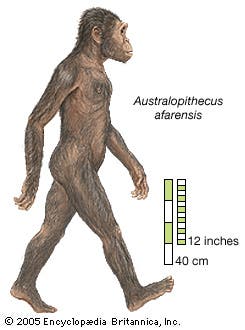 Researchers looked at samples from 175 hominins of 11 species, ranging from 1.4 to 4.1 million years old. Their diet was analysed from the chemical make-up of their teeth – basically researchers identify the carbon isotopes of carbon. Different plants (and animals) have different levels of carbon, and even after millions of years, this evidence is still present.

“What we have is chemical information on what our ancestors ate, which in simpler terms is like a piece of food item stuck between their teeth and preserved for millions of years,” said Dr Zeresenay Alemseged, from the California Academy of Sciences, co-author on two of the papers.

Australopithecus is an extinct genus of hominids that evolved in eastern Africa around 4 million years ago before spreading throughout the continent and eventually becoming extinct 2 million years ago. During this period, several species emerged, and it is widely believed by both paleontologists and anthropologists that the australopiths played a significant part in human evolution, being the first of the hominins to show presence of a gene which cause increased length and ability of neurons in the brain. As a matter of fact, it was a species of Australopithecus that evolved into the Homo species which contained within it species like Homo habilis, H. ergaster and eventually the modern human species, H. sapiens sapiens.

The first analysis on their diet was conducted in the late 70s, when anthropologist Alan Walker theorized that robust australopiths were largely frugivorous (ate mostly fruits). In 1992, trace element studies of the strontium/calcium ratios in robust australopith fossils suggested the possibility of animal consumption, as they did in 1994 using stable carbon isotopic analysis.

Now, researchers believed they have pinpointed the period when their diet started to change and evolve.

“Because feeding is the most important factor determining an organism’s physiology, behaviour and its interaction with the environment, these finds will give us new insight into the evolutionary mechanisms that shaped our evolution.”

It is still not clear if their diet immediately included other animals, but that’s certainly a possibility.

“We now have good evidence that some early hominins began using plant foods that are not used in abundance by living African apes today, and this probably led to a major change in the way they used the landscape. One consequence could be that the dietary expansion led to a habitat expansion, as they could travel to more open habitats more efficiently. We know that many early hominins lived in areas that would not have readily supported chimpanzees with their strong preference for forest fruits. It could also be argued that this dietary expansion was a key element in hominin diversification.”

But why did they change their diet? That’s still very much a matter of debate. As well as analyzing hominid diets, researchers also focused on other species that lived in the same area, but they couldn’t find any evidence of a change. It’s unlikely that it was severe conditions which pushed them to do this, because this would have had repercurssions on other species as well.

But still, this is a big step forward in understanding the events, environment and processes which led to the development of the modern man.