The practice could reduce the need for pesticides, improve soil quality, and absorb carbon dioxide.

by Mihai Andrei
in Agriculture, Environmental Issues, News, World Problems
Reading Time: 4 mins read
A A
Share on FacebookShare on TwitterSubmit to Reddit

Since the dawn of mankind, humans have tried to find ways to improve agricultural yield — a goal still sought after today. With the global population set to reach 9.7 billion by 2050, researchers are looking for better ways to safely feed the world. Now, an innovative study by University of Sheffield researchers reports an unexpected way through which we can improve production, while also helping reducing carbon dioxide emissions: using rocks as fertilizers.

The idea is that adding fast-reacting silicate rocks to croplands could capture CO2 and give increased protection from pests and diseases. In time, this process would also restore soil structure and fertility, protecting against erosion.

“Human societies have long known that volcanic plains are fertile, ideal places for growing crops without adverse human health effects, but until now there has been little consideration for how adding further rocks to soils might capture carbon.”

Volcanic eruptions can be devastating — they destroy everything in their wake, burying surroundings in a blanket of hot ash. But in the long term, volcanic deposits can develop into some of the richest agricultural lands on earth. Take the soils in Italy, for example. The southern parts of the country feature dry, limestone-rich soils. But if you move towards the north, particularly around Naples, the soils are much more fertile — largely due to the eruptions of Mount Vesuvius. Similarly, volcanic areas like New Zealand or Hawaii often feature rich, lush vegetation.

This isn’t anything new. What Beerling is proposing, however, is taking crushed, small carbon-rich rocks (such as basalt) and using them to fertilize agricultural soils. As these minute pieces dissolve in the soil, they would take in carbon dioxide and eliminate nutrients.

The destruction once caused by volcanoes could be used to inject new life into soils.

Two birds with one stone

“The magnitude of future climate change could be moderated by immediately reducing the amount of CO2 entering the atmosphere as a result of energy generation. Adopting strategies like this new research that actively remove CO2 from it can have a massive impact and be adapted very quickly,” Beerling adds.

Of course, this could be applied to all types of soils for the purpose of absorbing CO2, but to take full advantage of the process, it would be best applied over arable land. This would not only absorb CO2 but also improve soil quality and reduce the need for pesticides. 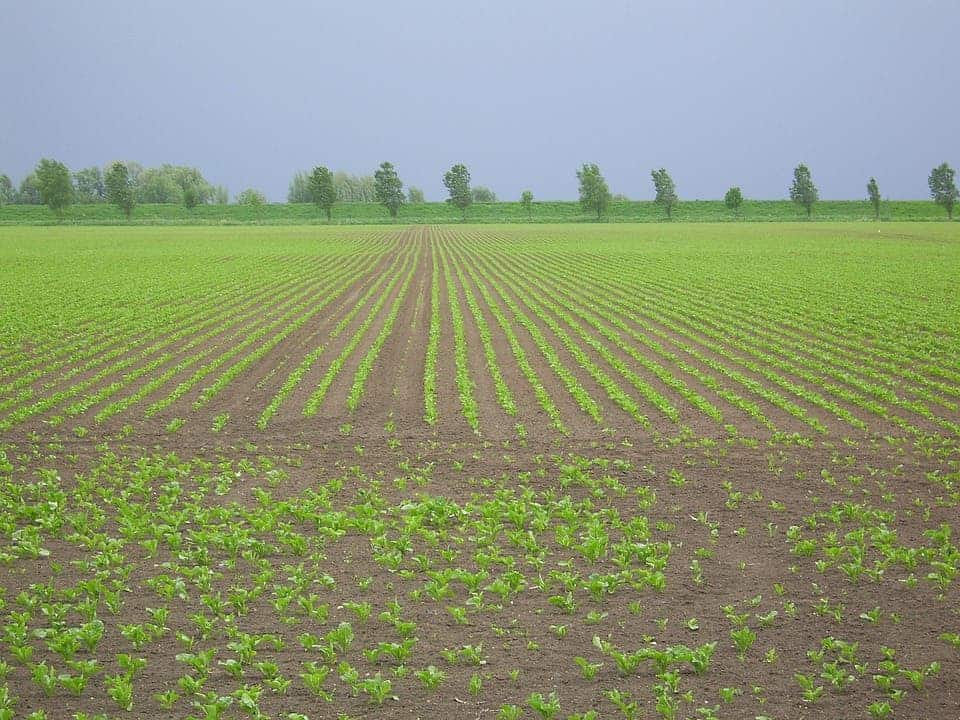 The good thing about this approach is that it would work with a wide variety of rocks — the more calcium-rich, the better. However, the fastest weathering volcanic rocks are not suitable, Beerling told ZME Science in an email.

“The approach work would work best with basic silicate rocks, richer in magnesium and calcium, that weather faster and therefore capture more CO2. But as we point out the paper, the fastest weathering basic rocks — called ultramafics – are typically enriched in metals that can be toxic so you wouldn’t want to use them on croplands.”

Even better, many areas already spread crushed limestone over arable land to reverse acidification of soils caused by farming practices, including the use of fertilizers. So the machinery and infrastructure for the practice already exists — all that needs to be done is change the rock type.

“Crushing technology is common in the mining industry,” Beerlong added in our correspondence. “The size is the particles is a crucial determinate of the rate of chemical reactions. Small particles with a high surface area react faster. Limestone — essentially calcium carbonate — reacts very fast but more often than not releases carbon dioxide rather than sequesters it.”

Professor Stephen Long at the University of Illinois Champaign-Urbana, and co-author of the study, commented:

“Our proposal is that changing the type of rock, and increasing the application rate, would do the same job as applying crushed limestone but help capture CO2 from the atmosphere, storing it in soils and eventually the oceans.”

Long also notes that people don’t understand the full extent of climate change, and scientists haven’t been truly effective in communicating these issues. He added:

“Global warming is a problem that affects everyone on the planet. Scientists generally have done a poor job of getting across the point that the world must reduce emissions of greenhouse gases from fossil fuels and combine this with strategies for extracting carbon dioxide from the atmosphere to avoid a climate catastrophe.”

The research focus now is to see how much carbon dioxide the approach would capture, how much rock is required, and how much energy is required to crush and distribute the rock, researchers say. They also want to assess the long-term impact the treatment has on soils and watercourses.