I'd recommend this book to anyone interested in understanding the biblical sacrifice, but also the psychoanalytical reasoning behind sacrifice. Quite brilliant. 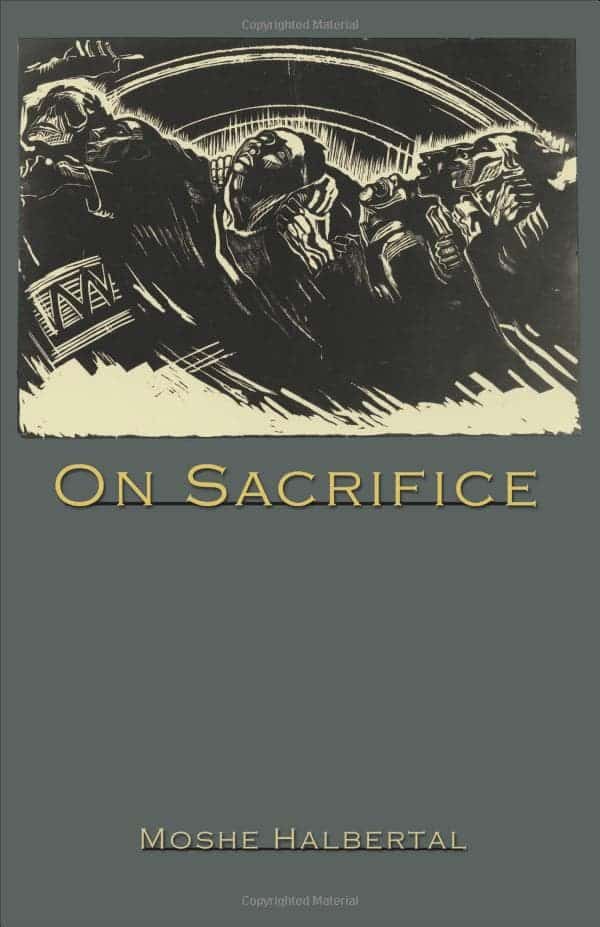 Sacrifice is an integral part of society and culture today as much as it was thousands of years ago. While there are few people today who choose to sacrifice a goat to gratify a religious protocol, we nonetheless perform sacrifices on a routinely basis. This might for base or enlightening considerations alike. Sacrifice is important – but it’s also such an incredibly complex and complicated subject to tackle. In his latest book, “On Sacrifice”, Moshe Halbertal – a Gruss Professor of Law at New York University School of Law and professor of Jewish thought and philosophy at the Hebrew University in Jerusalem – examines the meaning and implications of sacrifice.

On Sacrifice isn’t an exhaustive thesis on sacrifice, in general. Instead, Halbertal makes a brief, but focused examination of sacrifice and its relation to ritual, love and violence. The author identifies two senses: “sacrificing to” and “sacrificing for”. “Sacrificing to” refers to an offering made in the religious domain, typically under a protocol known as ritual, to consolidate a bond of solidarity between the person making the offering and God. When this relationship is hierarchical, it becomes inherently vulnerable to rejection, hence trauma. When taking a noninstrumental form, “sacrificing to” becomes a tool that transcends market exchange logic. “Sacrificing for”, on the other hand, refers to the sacrifice of the self in an effort to act beyond one’s self-interest. Halbertal argues that sacrificing for is a major pillar for what we call morality, but also as a source of violence, just like “sacrificing to” (torment at the hand of an asymmetrical power; violence stemmed from rejection; the violence inflicted on the substitute – a goat, lamb etc).

This second part is what seemed the most interesting to me. In the first part, Halbertal talks more about “sacrificing to”, and in doing so quotes a myriad of examples and texts for Hebrew literature. He also mentions Christian texts, of course, but that’s about it. No mention of sacrifice in ancient Greece or the Inca Empire, for instance. Nor does he have to, however. Again, Halbertal isn’t interested in exposing the vast scholarly theory behind sacrifice. In the second part, Halbertal makes a fascinating incursion in the practice of “sacrificing for” and, most notably, how it relates to violence. He illustrates this through a psychoanalytical magnifying lens, capturing what makes millions readily go to war or what goes through the mind of suicide bomber. When relating to violence – in all its forms – sacrificing for is actually a form of perversion. This stage is primarily set by the state, which acts as a false God and idol, misdirecting citizens to a false sense of redemption. Through role reversal, the state is actually asserting that what is sacrificed for is intrinsically valuable, away from the truly justifiable claim that valuable things are worthy of sacrificing. For instance, take George W. Bush’s speech where he argues in favor of continuing the war in Iraq on the basis that so many have died; hence, it would be unfair to the memory of those who have sacrificed themselves in the war to give up.

“The exploration of “sacrificing for” reveals that much of the moral and political drama is therefore set not in the clash between self-interest and self-transcendence but rather in the dark side of the noble quest for the realm of the noninstrumental and self-transcendent,” Halbertal concludes in his book.

On Sacrifice is a short but difficult book. To Halbertal’s credit, he did a great job at focusing such a vast topic. The theological references might be annoying for those unfamiliar with Hebrew of Biblical texts, yet these are essential for building context and explaining the On Sacrifice framework. I’d recommend this book to anyone interested in understanding the biblical sacrifice, but also the psychoanalytical reasoning behind sacrifice.Quite brilliant.