The Eternal Nazi is one of the most touching and haunting books I’ve ever read – because it’s true, gruesome, and yet so surreal.

by Mihai Andrei
in Books 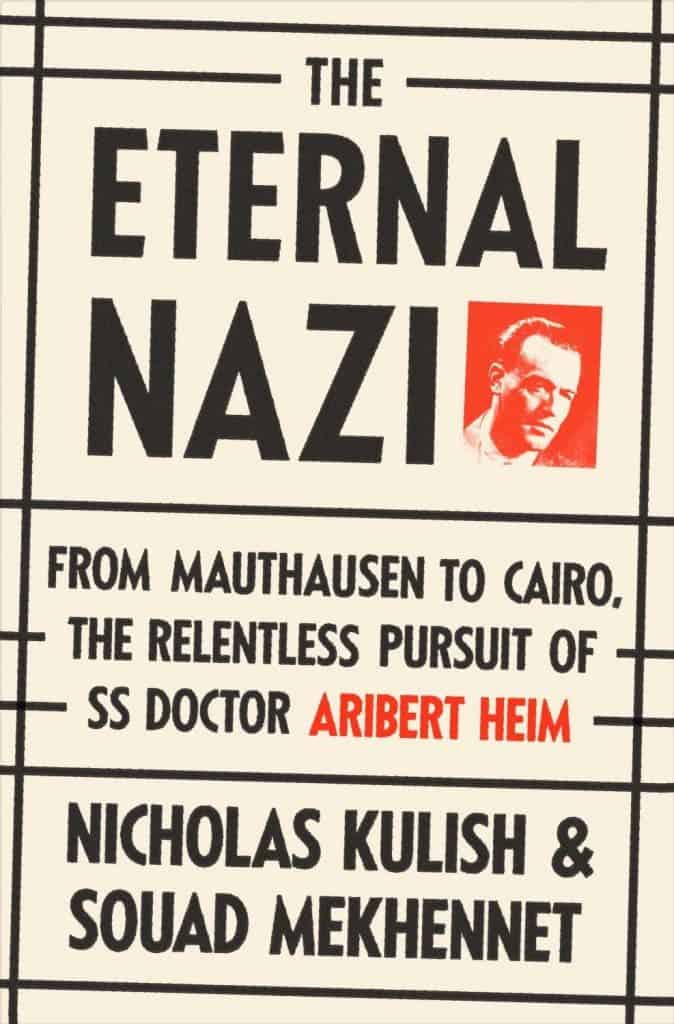 “The Eternal Nazi: From Mauthausen to Cairo, the Relentless Pursuit of SS Doctor Aribert Heim”
By Nicholas Kulish
Doubleday (via Wiley), 320pp | Buy on Amazon

The Eternal Nazi is one of the most touching and haunting books I’ve ever read – because it’s true, gruesome, and yet so surreal. It details the life and activity of Aribert Heim, one of the most sadistic and hunted Nazi war criminals. Following the end of World War II, Heim was able to escape from his crimes and create a new life for himself, where he remained until the end of his days, able to stay hidden from authorities.

According to prisoner testimonies, Heim was called the “Butcher of Mauthausen” for his cruelty. He reportedly removed organs from patients without anesthesia, killed 10-20 prisoners daily for no reason, and decapitated the prisoners with good teeth, to use their skulls as paperweights. He killed several hundred of people by injecting gasoline, phenol or water to their hearts. He was captured by US soldiers and sent to a camp for prisoners of war, but was released and then fled to Egypt.

What I really liked about the book is that it shows the perspective of all sides – including that of Heim, through letters and notes that he saved and which were ultimately recovered. Heim never took responsibility for these acts, always stating that he was at a concentration camp simply because he was ordered to, and never killed anyone. By reading the book, you actually empathize with him at one point, and you start to doubt whether or not he actually committed the crimes he was charged of. The book doesn’t actually answer this question, but it shows a multitude of testimonies to that end. The book also described how Heim interacted with one of his sons and his relatives, who supported him financially and helped him remain hidden.

While not particularly excited by the subject, I found myself carefully reading the book and enjoying it, because it described not only the atrocities committed during World War II, but also the political situation in post-war Germany and how the Nazi hunt took place and developed as years passed. Heim was not one of the “top dogs” in the Nazi hunt, but as more and more were captured, he managed to escape, year after year, by staying hidden in Egypt. He was never captured, and thus, became “the Eternal Nazi”. As late as 2009, the mystery of Heim’s disappearance remained unsolved.

All in all, this is not yet another book about the Nazis – it’s much more personal and insightful than most, and paints a picture which at least for me, was unknown – that of the post-war Nazi hunt. Sometimes it’s like a history book, sometimes it’s like a mystery book, sometimes it’s like a biography. It’s a well rounded blend of information, and while some of the facts are gruesome and others are doubtful, the authors present everything in a professional and respectful way. I would recommend it both to people who want to learn more about the Holocaust and WWII atrocities, and to people who want to enjoy a good read.