A brief overview of some of the strangest objects in the cosmos. 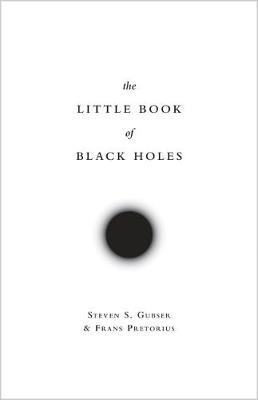 On September 14, 2015, the Laser Interferometer Gravitational-Wave Observatory (LIGO) in Livingston, Louisiana, detected gravitational waves produced by the merger of two black holes. This was the culmination of decades-long efforts, allowing scientists to finally pick up the faint whispers murmured by accelerating massive objects, causing ripples in space-time much like a stone thrown in a pond generates oscillations on the water’s surface.

This milestone achievement was confirmed recently on August 17, 2017, by the third detection of gravitational waves produced by merging neutron stars whose signal was also detected with conventional methods in ground-based telescopes.

Remarkably, these revolutionizing discoveries were predicted more than a hundred years ago by Einstein’s Theory of General Relativity, which describes how matter distorts the fabric of space-time based on its mass — more massive objects have a greater effect. It was another German physicist by the name of Karl Schwartzchild who found a rigorous solution to the field equations in Albert Einstein’s theory of general relativity. He did this while serving on the Russian front during World War I. His work became one of the pillars of modern relativistic studies, eventually leading to the conceptualization of, perhaps, the most mysterious objects in the universe: black holes.

Black holes are strange. They’re the last stage in the evolution of some massive stars (at least 10 times more massive than the Sun) which collapse in a region in space where the pulling force of gravity is so strong that not even light is able to escape. This means that we can’t directly observe black holes. No one has ‘seen’ a black hole so far, but after decades of research, scientists are confident they exist because nothing other than a black hole can explain the physics around us.

Black holes are also notoriously difficult to grasp. Despite this, Steven Gubser and Frans Pretorius, two young professors of physics at Princeton, do an excellent job with their “Little Book of Black Holes”. The brief overview provides a great rundown of the physics and thought system required to get to the bottom of a black hole (spoiler: it’s not pleasant once you cross inside).

This lovely book is a rollercoaster ride through time and space, taking the reader right through the ins and outs of peculiar objects like black holes, white holes, and even wormholes, with bouts of ‘real-life’ illustrations to keep the experience (somewhat) grounded. All of this and much more in less than 200 pages, which speaks volumes about the authors’ ability to condense an eminently complex subject into a relatable form.

Prepare for a lot of weirdness but if you can make it to the end, you might feel a little shiver after grazing the last chapter. One can only imagine what Albert Einstein, the man who started it all and who never acknowledged the existence of black holes, would say were he alive today to see where modern cosmology is at. The authors made this thoughtful leap in the last chapter of the book where they write a candid letter to Einstein bringing him up to speed with quasars, dark energy, LIGO, and, of course, black holes.

“A lot of Princeton professors don’t wear ties to work anymore, but most of us do wear socks. Lake Carnegie is as beautiful as ever. We don’t see many sailors out there, but there’s been an eagle nesting right on the edge of the lake. We haven’t figured out a unified field theory yet, but we’re still trying. The best is yet to come.”