Altered States is a great scholarly work that attempts to dissect American Buddhism and psychedelics. 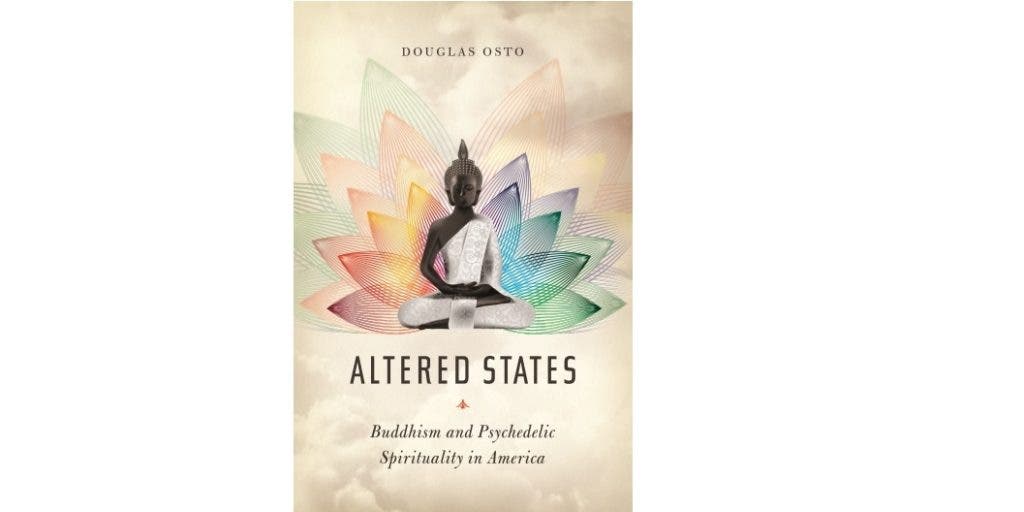 The relationship between American Buddhism and psychedelic drug use has been described along the decades by periods of strain or, contrary, perfect harmony. Many American Buddhist practitioners today, at least among baby boomers, got into the practice after first ingesting psychoactive chemicals that open the doors of perception, as Aldous Huxley might have said.

Following the debauchery of the 1960s and Richard Nixon’s prohibition in the ’70s, more and more American Buddhist have moved away from psychedelic drugs and their endorsing, instead focusing on a more orthodox practice of Buddhism whose fifth precept calls to abstain from intoxicants. But there is still a current American Buddhist subculture that continues to use psychedelics as part of their religious practice. This subculture is the object of Douglas Osto’s study for his book.

Osto immerses the reader into the tumultuous years of the early ’60s and ’70s when thousands experimented with LSD and psilocybin and found spiritual inspiration. Among them were leading figures of the then-emerging counter culture movement like Timothy Leary, Ralph Metzner, Ram Das, Aldous Huxley or Alan Watts. This was the psychedelic revolution but also the Buddhist revolution as the millions of American Buddhist practitioners today can trace their roots, directly or indirectly, to this time.

To get to bottom of things — namely the state of the American Buddhist psychedelic subculture — Osto includes his own research and surveys, but also interviews made by himself with leading figures of the movement like Alex Grey, Rick Strassman, Charles Tart or Geoffrey Shugen. After tracing the evolution of the psychedelic revolution through six decades of American history, Osto suggests that the scene has matured. Today, the days of the hippies are over, and so are the early days of psychedelic and Buddhist revolutions.

Yet, Osto’s own research suggests “certain individuals not only view the use of psychoactive substances as compatible with Buddhism but also believe certain drugs have religious value within their practice.” What we’re seeing today in the 2000s is a sort of revival of the perceived synergy between the Buddhist religious practice and psychedelics, perhaps helped by lax drug policy around the world, but particularly in the United States.

There is no definite conclusion in the book, but quoting Lama Surya Das, the author says “there are many paths to the real, and psychedelic Buddhism can be one among them.” Otherwise, Altered States is a great scholarly work that attempts to dissect American Buddhism and psychedelics — a tangled up scene that at times seems enlighting but can also be mad.