What’s the value of a human life?

by Tibi Puiu
in Health & Medicine, Research
Reading Time: 6 mins read
A A
Share on FacebookShare on TwitterSubmit to Reddit 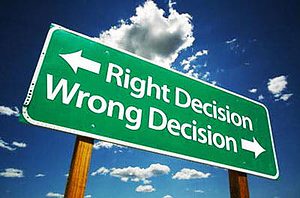 In theory, the philosophy regarding the value of a human life is rather straightforward: all human life should be treated equally and offered equal rights. Now, in practice this doesn’t necessarily happen. We all have prejudice, we all are afflicted by bias and in case of a dire situation, most people would first try to save their loved ones, maybe even their pets, than a stranger – and that’s understandable. After all, in situations such as these, reason isn’t the dominant sense anymore.

There are actually a myriad of so called moral dilemmas that put people in all these sorts of awkward situations. Something interesting happens though when you replace the word “saving” with “killing”, even though  the outcome is the same.  People don’t even want to hear about a situation when they have to decide who dies, but ask them who they think should be saved, and they’ll give it a thought. Here’s an interesting dilemma.

Who decides who gets to live and who doesn’t?

You are stranded with thirty people on a lifeboat that is intended to hold only seven. No one can paddle this heavy boat and it is definitely going to sink, drowning everyone inside it. It occurs to you that you can save some of the people in the lifeboat by throwing all but the strongest rowers overboard. Do you think it would be morally permissible to save some people by throwing others overboard, especially seeing that, otherwise, everyone, including those thrown overboard, would have drowned anyway?

This is a real though one, and most likely most of us wouldn’t be able to come up with a satisfying answer. Some might say that these sort of dilemmas have no practical use, since they can’t ever happen to a normal human being. That’s what the folks in the Titanic might have said too. Now, I don’t mean to attract dark humor over situations that actually claimed human lives, but the point is these questions actually have a purpose, and you’ll see why after you read on. Here’s a real dilemma – it’s called Sophie’s choice and it really happened during WWII.

You are an inmate, imprisoned in a concentration camp. A guard tells you that you must choose one of your two children for him to take to the gas chamber. If you choose neither, he will take them both. What would you do? (Apparently, Sophie told him to take her younger daughter, she lost track of her older son, and she later committed suicide from the guilt of having chosen between her children).

Fact of the matter is, there are people who play God on a daily basis. Some out of Machiavellian, power-driven considerations  (people who start wars), some out of necessity. Doctors are confronted with the necessity of valuing a life over another on a daily basis, and saddening as it may sound it is both a reality and a necessity. There simply aren’t enough organs for transplants or even hospital beds, in some parts of the world, for every life out there, so doctors needs to choose. Ever donated to a foundation that helps save children in Africa or Alzheimer or Autism patients? Why choose one and not the other? Without thinking too much about it, you’re saving some people by actively participating, and not saving others by choosing someplace else to lend your help. These particular discussions have been the focus of much research – how do you value a human life?

How to do decide who gets to live and who doesn’t?

Life, it seems, can be valued and some lives are worth more or less than others. In 1956,  Christopher Cundell and Carlos McCartney proposed the   quality-adjusted life year (QALY) standard, which is basically a standard for valuating life. Basically, take the  number of remaining years someone would be expected to live, and, if that person is expected to live in perfect health, multiplies it by one—and by a smaller number if the person will be, say, paralyzed or living with some form of disease.  The QALI standard has been in use in healthcare for years now, and in its strictest form a younger, healthy person will always get favored in front of an older, equally healthy person.

Justin Landy, a doctoral student at the University of Pennsylvania, found however that the QALY standard doesn’t reflect how people would value life necessarily.  Landy’s conclusions were reported in a paper  presented at the annual meeting of the Society for Philosophy and Psychology, and  will soon appear in the Journal of Experimental Psychology: General. Landy and colleagues devised a series of experiments that evaluates the way people perceive the relative value of other human beings.

During one such experiment American participants made a series of comparisons between two people of different ages, covering a span from a day old to eighty years old. Some of the questions addressed the right not to be harmed, asking, for instance, whose murder would be more wrong—that of an infant, or that of an elderly person? Some of the questions were related to the right to treatment: Who, for example, should receive the only available life-saving organ in an emergency?

Most felt very uncomfortable about choosing who should die and who should live, so  the majority refused to express any opinions when an elderly person had to be killed to save a younger one. However, when the same question was framed  as assistance, such as who should receive a life-saving medicine, participants were more discriminating. Interestingly enough, there’s a certain threshold where a younger person isn’t worth more than an older person.  For instance, a ten year old was deemed more important than a three month old baby.

The next set of experiments explored why adolescence holds more value. Their findings suggest that an older person has a significant number of relationships, and his death will cause a greater amount of grief than a younger person. Then parents invest considerably more resources (emotions, experiences, even money) with an adolescent   than with a young baby, even though the baby has his whole life in from of him.

“This is really interesting data, and it helps us to explore what we ought to do,” said Peter Singer, the Princeton bioethicist. “But you don’t answer questions about what we ought to do by saying, ‘This is what most people think we ought to do.’ People’s intuitions may not be soundly based.”

Why is this relevant anyway? Maybe it’s best to keep these sort of things left to be decided by a cold standard that only takes into account age and health. The researchers argue, however, that their work might inform health policy and medical decision-making by illuminating which factors are important to us. The QALY standard might not be the best measure of value when deciding how to allocate blood and organs or in formulating consumer or environmental safety regulations; age does not play a linear role in our moral calculations.

Sarah Murnaghan is a  ten-year-old Philadelphia girl who received new lungs in June after her parents took to Facebook.  “If Sarah were, say, three years old, she may not have received nearly the same show of popular support,” one of the researcher notes talking to the New Yorker.

ZME readers, what do you think of this moral dilemma?