by Contributing Author
in Biology, Research, Science
Reading Time: 4 mins read
A A
Share on FacebookShare on TwitterSubmit to Reddit

Scientists generally draw a distinction between consciousness and intelligence. Consciousness is defined as a state of self awareness; whereas intelligence is seen as a measure of the quality of the awareness. I suggest that the distinction is one of level, not one of kind. Being sufficiently intelligent about cause and effect will include an awareness that the self is a common factor in an ongoing array of events. Self-awareness will inevitably follow sufficient intelligence. As such, it is unnecessary to hypothesis as to the cause or impetus for the evolution of consciousness – theories explaining the evolution of human’s unique levels of intelligence will cover it. 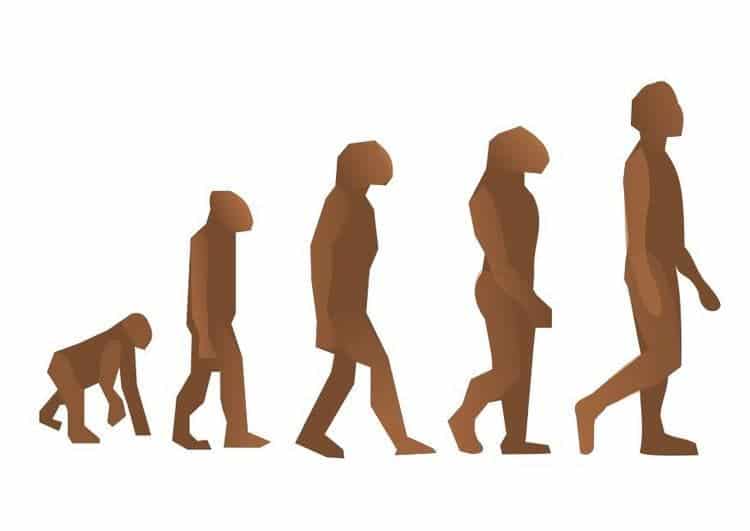 In attempting to explain human’s intelligence, all theories are to some extent measured by how well they deal with the negative proposition of why other species have not developed it. Various explanations have been put forward: one is to suggest that the conditions needed for it to evolve were sufficiently unusual or difficult to explain human’s uniqueness; another is to suggest that the associated drawbacks nullify any advantage; and another is to suggest that intelligence doesn’t confer an evolutionary advantage at all. A brief look at some of the more prominent examples provides interesting reading.

One of the most first theories to achieve widespread acceptance was Robin Dunbar’s Social Brain hypothesis. This hypothesis suggests that increased intelligence was necessary in order for our ancestors to succeed in complicated social environments. However it is unclear from Dunbar’s theory why only human’s have developed intelligence to the level they have, given the complex social nature of many species. One example are the meerkats, who live in complex societies, yet have not evolved intelligence as human’s have.

Richard Alexander’s Ecological Dominance – Social Competition Model attempts to solve the problem with the Social Brain hypothesis by adding a prerequisite. The prerequisite for Social Competition to become the focus of evolutionary development, said Alexander, is that the species had to first ‘dominate’ the ecology so that it was no longer the main focus for evolution. In other words the species needs to reach a state of development where the pressures of feeding oneself, and avoiding predators have been taken care of. The evolutionary race then turns to the Machiavellian struggle for social dominance. Alexander suggests the other human attributes such as having hands free, allowed the ecological dominance to occur.

Geoffrey Miller takes another tact by suggesting that the evolution of intelligence was not due to it having a survival benefit, but rather was sexually selected for as a ‘fitness indicator’, not unlike the showy plumage that endows some male birds. The theory goes that if a member of the species can not only meet their survival needs, but do so while carrying the excess baggage of an intellectual ‘plumage’, with its high energy requirement, then that individual must be very fit indeed, and so becomes a desirable mate.

In some ways similar to the Ecological Dominance theory, there is the so called ‘flexible problem solving’ hypothesis. One version of this is that as the climate changed millions of years ago, the challenges that this provided meant that a flexible intelligence was an advantage in allowing the individual to survive. The reason that our ancestors alone evolved the trait is explained by only human’s having free hands, which alone allowed them to take advantage of the benefits of increased intelligence.

Lastly, one of the most unusual theories is put forward by Jeremy Griffith. Griffith also assumes that human’s free hands played a part, however he suggests that the free hands, in combination with an environment free of survival pressures, had the opposite effect to that hypothesized by Alexander. Griffith argues that these attributes allowed the period of infancy to be increased and that one effect of this was that infants became thoroughly indoctrinated in cooperative behavior, because of the intense and lengthy exposure to the mothers’ maternalism. As a result, Griffith says our ancestors developed a genuinely cooperative society, which is in distinct contrast to Alexander’s hyper competitive one. Griffith says that this cooperative behavior ‘liberated’ intelligence because he says that cooperation is the essential start point for any intelligent understanding of the world; and he goes on to cite the law of negative entropy to support his claim. Griffith maintains that no competitive animal can develop intelligence.