by Tibi Puiu
in Inventions, Research
A A 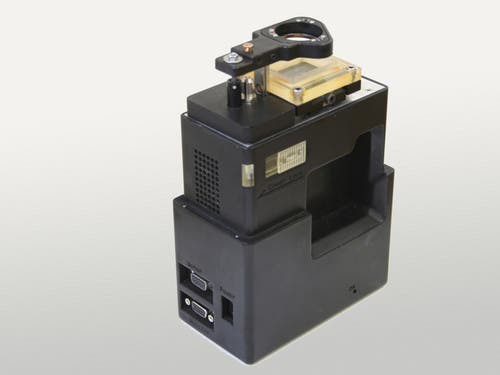 Although they’ve been around for a while, 3D printers still manage to impress me with the quality and precission of the outputted models. Recently, another step in the popularization of this technology has been made by addressing its size once with the development of the world’s smallest 3D printer to date.

The smallest 3D printer comes from the Vienna University of Technology in Austria, where a team of mechanical and chemical engineers developed a working product the size of a carton of milk, and weighing in at only 1.5 kilograms. The prototype’s cost was only  €1,200, remarkably cheap for this kind of technology and size employed; of course, if mass produced the price would drop off significantly.

The 3D printer works through layer by layer tech, as simply put by it’s creators.

The basic principle of the 3D-printer is quite simple: The desired object is printed in a small tub filled with synthetic resin. The resin has a very special property: It hardens precisely where it is illuminated with intense beams of light. Layer for layer, the synthetic resin is irradiated at exactly the right spots. When one layer hardens, the next layer can be attached to it, until the object is completed. This method is called “additive manufacturing technology”. “This way, we can even produce complicated geometrical objects with an intricate inner structure, which could never be made using casting techniques”, Klaus Stadlmann explains. He developed the prototype together with Markus Hatzenbichler.

Applications for this kind of device are quite varied and almost limitless. It can be used in the medical industry, you could  print your own spare parts if you can’t find one available (the resolution of the 3D printer is so high that it beats any kind of mold tech fly high), and of course you could transpose something your mind cooked up in CAD into the 3D physical realm.