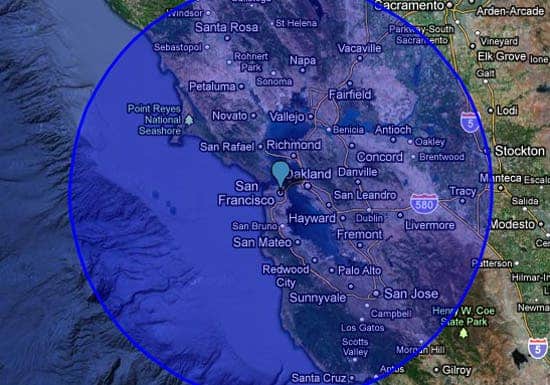 I remember when once upon a time, wi-fi could barely reach from one room to the other. It wasn’t even regarded as a serious technology by some back then – but oh my, how times have changed! Now, wi-fi is almost ubiquitous in the developed world, but the problem still remains the same – the range. Now, the IEEE (Institute of Electrical and Electronics Engineers) has approved a new standard for 802.22 wi-fi, and this bad boy can reach 100 kilometers (62 miles in all directions) – translating into 31.000 square km (12.000 square miles)!

The previously accepted standard, the 802.11 a/b/g/n, which is likely the wireless standard that you currently use to connect to the Internet will not become obsolete anytime soon, so there’s no need to worry about replacing your router.

But fairly soon we might be dealing with a range of wi-fi that we are more accustomed to for radio. This could translate into simple internet access for rural areas and or a blanket of municipal wi-fi throughout cities. In the long run, it could also spell the demise of 3G – why would you need it when you have wi-fi everywhere? DVice reports:

“Now that the official standard has been approved, companies can go start building things that incorporate 802.22 technology, so it’s really just a matter of time before none of us are without Wi-Fi access ever again. Phew.”