A scientist’s umbrella: the air umbrella shields wearer without any canopy

by Tibi Puiu
in Offbeat, Science, Technology
Reading Time: 3 mins read
A A
Share on FacebookShare on TwitterSubmit to Reddit 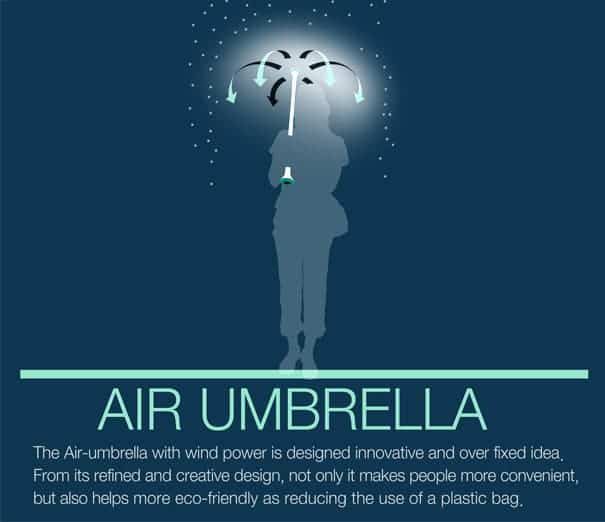 The first use of the umbrella, albeit in a more primitive form, can be traced back to ancient times. In Persia the parasol is repeatedly found in the carved work of Persepolis, while others works such as sculptures frequently depict figures likes a king in his chariot, with an attendant holding a parasol over his head. Similarly in ancient Greece and Rome, however the first reference to a collapsible umbrella dates to the year 21 A.D. from ancient China. Since then, the basic design that has led to the modern umbrella design has changed very little. 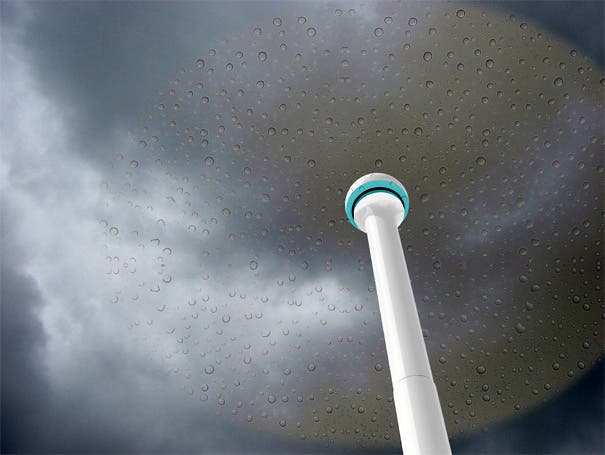 It’s not at all surprising though that after centuries of intense technological advances, the design of the umbrella hasn’t changed that all – it’s practical, cheap and it works. Korean designers Je Sung Park and Woo Jung Kwon aim, however, to shift the paradigm in terms of how we might shelter ourselves from the rain in the streets. At first glance, their design – the air umbrella – is nothing more than a plastic stick or … an invisible umbrella. However, don’t let the simple fact that this is an umbrella with  no canopy fool you into thinking this is useless – far from it! 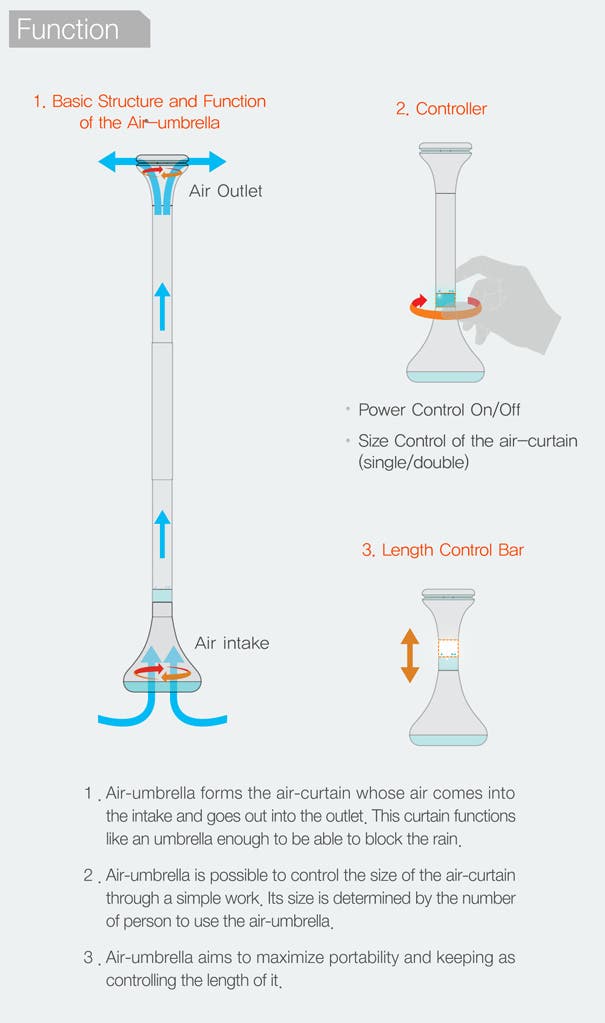 Instead of a canopy, the air umbrella works by creating a wind shield, as air is sucked through the bottom of the stick, then shot out of the top in a pattern that mimics the standard canopy.  Power and canopy size controls reside toward the bottom of the shaft, providing users with the ability to strengthen the force of the air and widen the canopy in order to adjust for heavier rains. Not only would these features protect against storms when a standard umbrella normally may not, but the air curtain has a better chance to survive strong winds than a flimsy nylon covering. 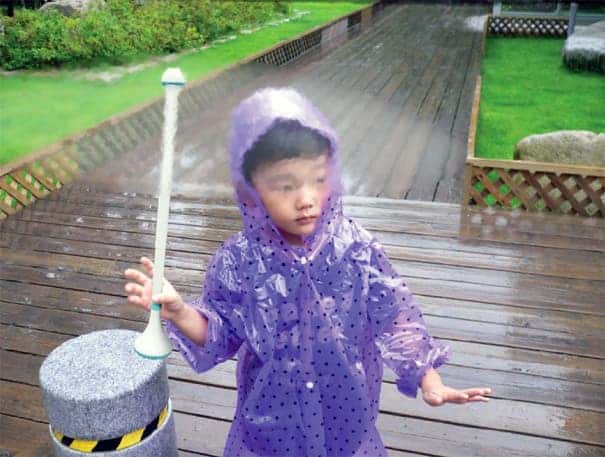 The user can also adjust the size of the handle, so you can make your umbrella as tall as you’d like. Also, there’s no more need to shake and dry your umbrella when coming indoors. It does have on significant flaw, however – battery life. Apparently, a short trek through the rain might find you right in the middle of a power outage, making a plastic stick all that’s between you and the thunder storm upstairs. This is still only a concept though, and if the design can be improved, as in battery life, I’ll be one of the many to lineup for one!