by Mihai Andrei
in Offbeat, Technology
Reading Time: 3 mins read
A A
Share on FacebookShare on TwitterSubmit to Reddit 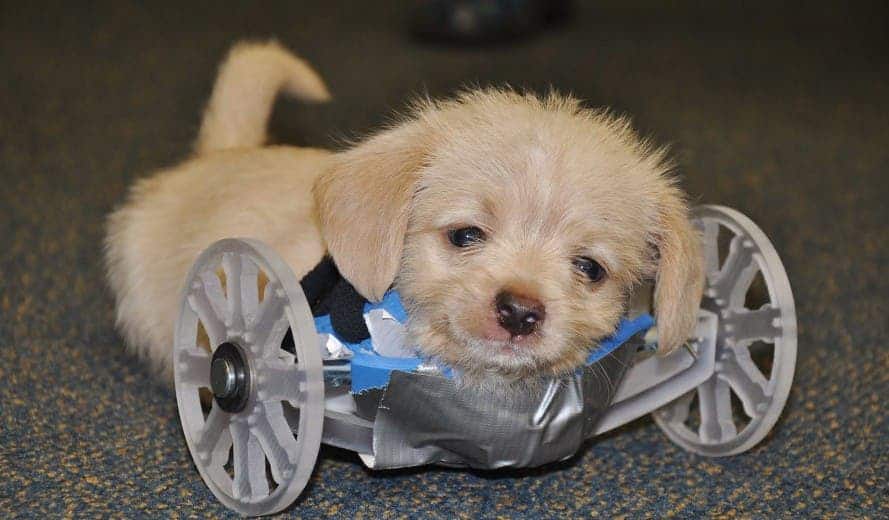 When Tumbles was born in Ohio with just two back legs, prospects didn’t seem that good for him, in a world where having just two legs is sadly, as good as a life sentence for most animals. Friends of the Shelter Dogs in Athens rescued and bottle-fed him, and not long after that, a family adopted him. But what is just the beginning of our story.

At first, even surviving seemed unlikely for Tumbles. Even being bottle-fed, he was just so tiny that people feared he might not make it. Karen Pilcher, FOSD rescue coordinator and Tumbles’ foster mother said:

“He was getting pushed out by the others. We thought he wouldn’t make it.” 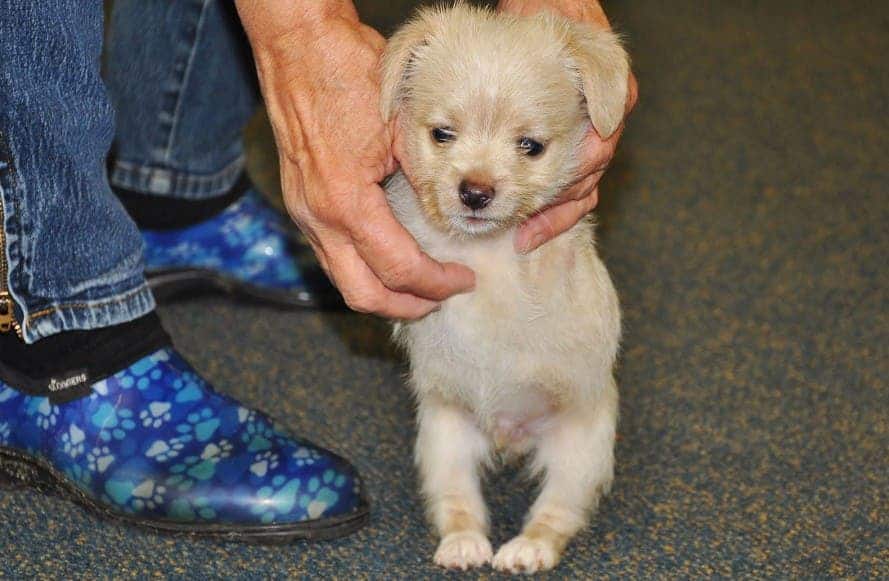 But even after he made it, things were really hard as he couldn’t move around – something crucial for a developing puppy. So his new parents designed a miniature wheelchair and asked the Ohio University Innovation Center to print it with their 3D-printer, and they agreed. It took the better part of a day to print the wheelchair, but at the end, it came out just great. The lab director of the Innovation Center, Joe Jollick was very pleased with the results:

“Everyone is real enthusiastic,” he said. “Our main goal [was] to get him off the ground. The second thing is to get him used to it.” 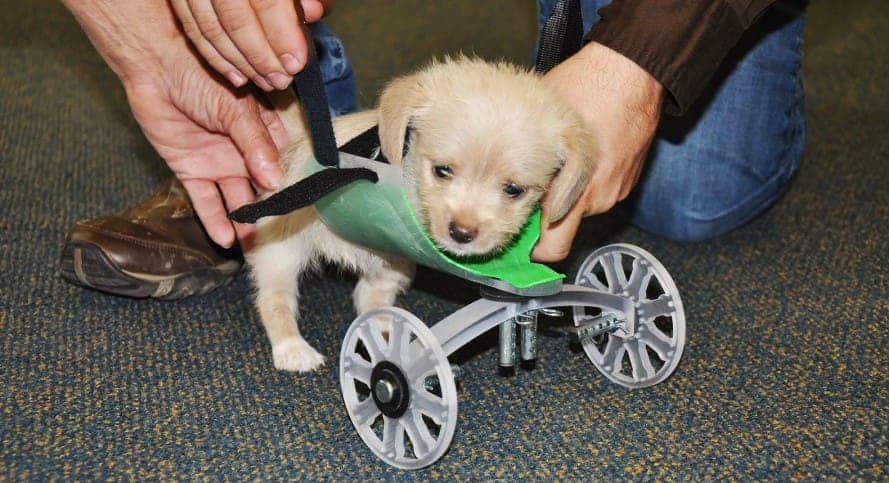 The first wheelchair was a bit too large for Tumbles, so the lab is working on a new one, but in the meantime, the puppy can get used to the concept. The fitting will be accompanied with physical therapy so Tumbles can adjust to his new mobility, but even with the right fit, it will take quite some time before he gets accustomed to it.

“It’s a tiny, little puppy so it’s going to take some work,” he said. 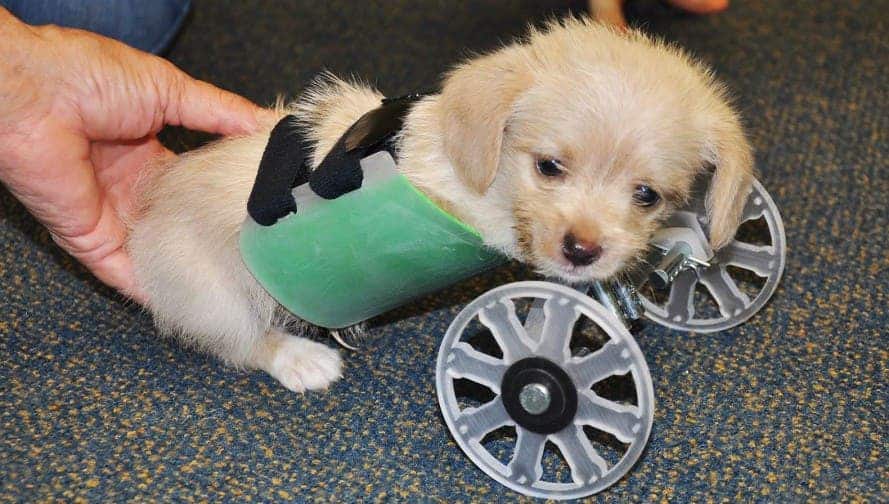 But Pilcher is thrilled, and she says she already sees the differences:

“His spirit is incredible,” she said. “He’s perfectly happy and he loves to play.”

Since Tumbles is so small, he will need constant readjustments, but thankfully, the Innovation Center has pledged to offer him a lifetime supply of wheelchairs, readjusting them until he reaches his adult size.

I know, it’s a small thing – offering a wheelchair to a puppy – but a world in which we use high-end technology to help animals like this, that’s a world I love. 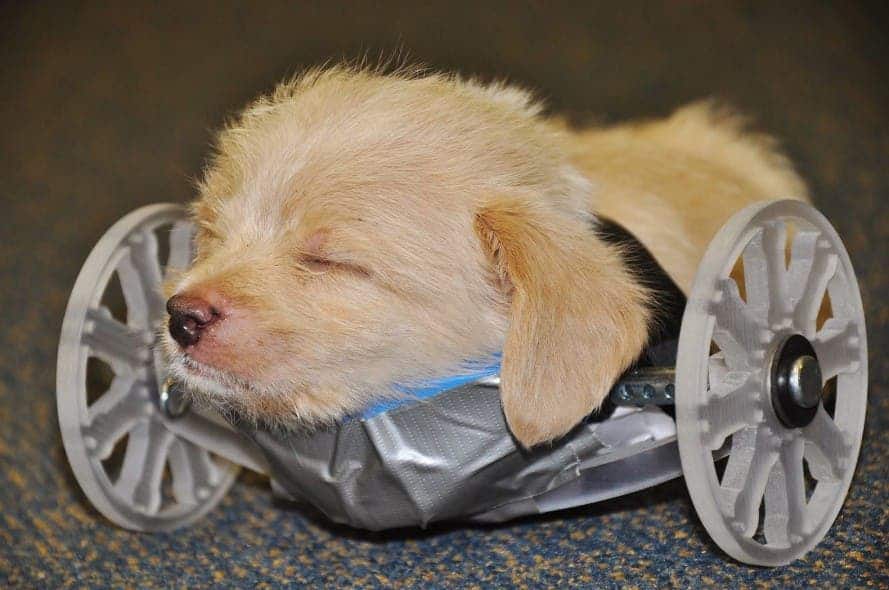 All images via Crystal Richmond