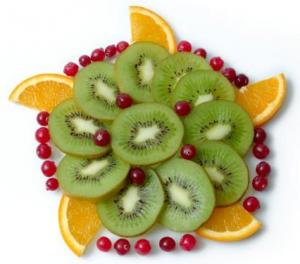 There’s a common misconception that the foods that are good for you are just spinach and broccoli, or something else which just taste really bad; numerous people would want to eat healthy foods but they find that these foods are just not tasty. For them there is a new generation of superfoods that promise to do double or triple-duty in what concerns health. Here are some foods you can add to your Thanksgiving Dinner.

At the top of the list—kiwi: tasty, Vitamin-C filled kiwi.

“In a recent study, kiwi was found to be one of the most nutritionally dense fruits out of 27 fruits,” says Stephanie Dean, R.D., dietitian with Baylor University Medical Center at Dallas. They are full of antioxidants, vitamin E and lutein which are very important. Then you have barley which is a grain and could be added to soups or even eaten instead of oatmeal for breakfast.

After that you can eat something which is a Thanksgiving favorite for numerous people; they are named cranberries. Not the band.

“The crimson color of cranberries signal that they are full of flavonoids,” explains Dean. Flavonoids contain very high levels of antioxidants and they prevent everything from infections to strokes and cancer.

After that something which is going to help your calcium is kefir.

“Kefir is a wonderful source of calcium. Every eight ounce glass has about 300 milligrams which is a little less than one-third of the recommended daily intake for adults,” says Dean.

What makes it so good is the fact that it has much calcium as milk and more beneficial bacteria than yogurt. And then a close relative of an old superfood would go just great. Broccoli sprouts are sold by the package and can be thrown on top of salads or can be a great addition to sandwiches. They taste a bit better.

So here is how you can have a very tasty and healthy Thanksgiving Dinner with very little effort. These foods are found in grocery stores.