The making of a bully – childhood trauma is key

by Mihai Andrei
in Mind & Brain, Psychology, Studies
A A

They say that the bully is actually the victim – and studies on adolescent rats seem to support this idea; younger rats subjected to a stressful environment turn out to be aggressive adults, behaviors that may be explained by accompanying epigenetic changes and altered brain activity. Whoa, let’s slow down a little. 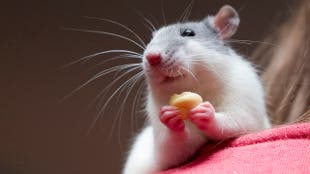 Much like humans, rats are also vulnerable to childhood trauma, becoming aggressive and pathologically violent later in life, according to a study published earlier this month in Translational Psychiatry. The team from Brain Mind Institute in Lausanne, Switzerland, observed that adult rats that had undergone traumatic experiences as adolescents exhibited violent behaviour in their adulthood – achange which was accompanied by epigenetic changes in the pre-frontal cortex. The pre-frontal cortex is the area of the brain responsible for planning complex cognitive behavior, personality expression, decision making and moderating social behavior.

“This work represents a critical advancement in our understanding of how our environment influences our behaviors and shapes our brains,” Fiona Hollis, a neuroscientist at the Brain Mind Institute, who did not participate in the study, wrote in an e-mail. “By demonstrating a link between early-life trauma and adult pathological aggression, we can better understand, and perhaps even reverse, the mechanisms underlying the cycle of violence, that is too often observed in society.”

Rats stressed in adolescence also presented anxiety and depression like features. They also displayed unusual hormone levels (particularly of high testosterone and low corticosterone levels – hormones associated with violence in humans). The changes went as far as to alter their DNA; however, when researchers injected them with a serotonin based inhibitor, their aggresivity level dwindled.

“The study consolidates the hypothesis that, altered serotonin signaling in limbic neural circuits, may form the core mechanism of stressed-induced pathological aggression,” Alexandre Dayer, a neuroscientist specializing in psychiatry and developmental neuroplasticity at the Geneva University Medical School, who was not involved in the study, said in an e-mail.