by Mihai Andrei
in Chemistry, Studies
A A

In what is a slap in the face of science, scientists at the University of Illinois have demonstrated that in fact, sugar doesn’t melt, it decomposes. 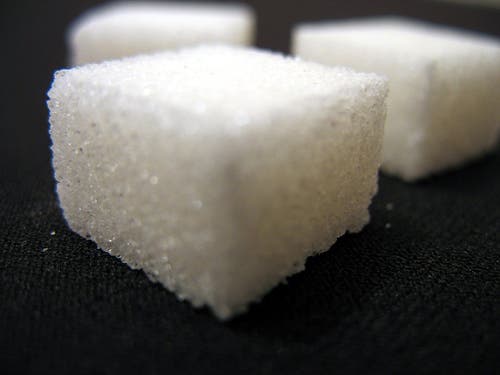 “This discovery is important to food scientists and candy lovers because it will give them yummier caramel flavors and more tantalizing textures. It even gives the pharmaceutical industry a way to improve excipients, the proverbial spoonful of sugar that helps your medicine go down,” said Shelly J. Schmidt, a University of Illinois professor of food chemistry.

She claims that aside from the pure scientific interest, this finding could help improve the consistency and even flavour of sugars.

“Certain flavor compounds give you a nice caramel flavor, whereas others give you a burnt or bitter taste. Food scientists will now be able to make more of the desirable flavors because they won’t have to heat to a ‘melting’ temperature but can instead hold sugar over a low temperature for a longer period of time,” she said.

Basically, candy makers will be able to better predict the sugar time-temperature relationship, thus they will obtain much better results in the products they are creating; the same thing goes for the dairy industry.

What’s interesting is that they didn’t intend to overturn this secret of science, but they began suspecting something was wrong right from the top, when they couldn’t get a constant boiling point for sucrose.

“In the literature, the melting point for sucrose varies widely, but scientists have always blamed these differences on impurities and instrumentation differences. However, there are certain things you’d expect to see if those factors were causing the variations, and we weren’t seeing them,” Schmidt said.

Having unvealed one of food science’s greatest mysteries, they intend to go even further, into something that could be even more useful. Staling seems to be extremely interesting.

“We could ship a lot more food around the world if we could stabilize it, keep it from getting stale,” she said.

Clearly we should keep an eye open for the following work.