LSD and other psychedelics not linked with mental illnesses

Researchers  at the Norwegian University of Science and Technology’s (NTNU) Department of Neuroscience analyzed a massive survey of 130,000 randomly chosen people from the US to see whether there is any association  between psychedelic drug use and mental health problems – a claim that has had large circulation and is often cited, despite little research in this respect. Their findings suggest there’s no obvious link between  psychedelics such as psilocybin mushrooms, LSD or peyote and mental health diseases or related disorders. Moreover, the Norwegian scientists’ findings suggest the opposite. 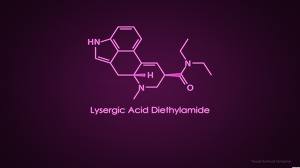 The data was gathered  from a US national health survey (2001-2004 National Survey on Drug Use and Health), which involved 130,000 randomly chosen people, 22,000 of whom admitted they had used psychedelics at least once. The participants were asked to answer about mental health treatment and symptoms (psychological distress, anxiety disorders, mood disorders, and psychosis. ) of a variety of mental health conditions over the past year.

Researcher Teri Krebs and clinical psychologist Pål-Ørjan Johansen used this data to scan for a direct link between psychedelic use and mental health issues.

“After adjusting for other risk factors, lifetime use of LSD, psilocybin, mescaline or peyote, or past year use of LSD was not associated with a higher rate of mental health problems or receiving mental health treatment,” says Johansen.

No link between psychedelics use and mental disorders

Does this mean that psychedelics can not cause mental disorders? Technically, no. People whom are predisposed to mental illnesses or whom are extremely emotionally vulnerable might have their potential disorder set-off by the trauma inflicted by what’s generally referred to as a “bad trip.” Like most psychoactive substances, abuse could lead to grave psychological, as well as physiological problems, this is why more research into the matter should be paramount, especially considering the sheer volume of users. However, like in the case of marijuana and other illegal substances, useful research into their properties and possible harmful effects is hampered by their status.

“Other studies have found no evidence of health or social problems among people who had used psychedelics hundreds of times in legally-protected religious ceremonies,” adds Johansen, also referring to the fact that other studies as well had failed to   find any evidence of any lasting harmful effects of psychedelics.

The researchers note that when evaluating psychedelics, as with any activity, it is important to take an objective view of all the evidence and avoid being biased by anecdotal stories either of harm or benefit.

“Everything has some potential for negative effects, but psychedelic use is overall considered to pose a very low risk to the individual and to society,” Johansen says, “Psychedelics can elicit temporary feelings of anxiety and confusion, but accidents leading to serious injury are extremely rare.”

“Over the past 50 years tens of millions of people have used psychedelics and there just is not much evidence of long-term problems,” she concludes.

The findings were reported in a paper published in the journal PLoS One.