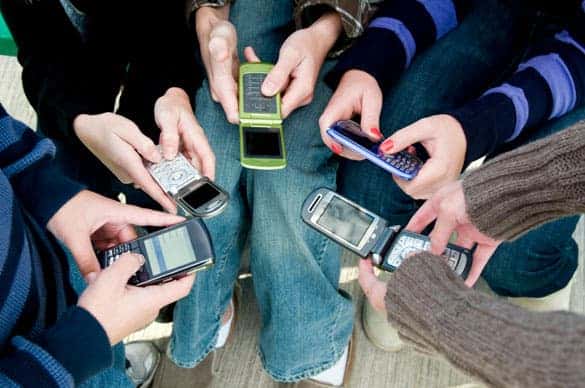 A linguistic study found that people who regularly text message are less likely to accept new words, as opposed to those that read more traditional print media such as books, magazines, and newspapers. For the study, student volunteers were asked about their reading habits and text messaging frequency, and then presented with a set of words both real and fictitious.

“Our assumption about text messaging is that it encourages unconstrained language. But the study found this to be a myth,” says Joan Lee, who authored the study for her master’s thesis in linguistics. “The people who accepted more words did so because they were better able to interpret the meaning of the word, or tolerate the word, even if they didn’t recognize the word. Students who reported texting more rejected more words instead of acknowledging them as possible words.”

Study participants who were exposed to traditional reading material scored better in identifying real from fictitious words. Lee suggests that reading traditional print media exposes people to variety and creativity in language that is not found in the colloquial peer-to-peer text messaging used among youth or ‘generation text’. The study author goes on to say that reading encourages linguistic flexibility and tolerance of different words. This helps them interpret certain words in  correct manner, despite these being new or unusual.

According to a survey carried out last year by Nielsen unrelated to the present study, Americans between the ages of 13 and 17 send and receive an average of 3,339 texts per month. Teenage girls send and receive more than 4,000.

“In contrast, texting is associated with rigid linguistic constraints which caused students to reject many of the words in the study,” says Lee. “This was surprising because there are many unusual spellings or “textisms” such as “LOL” in text messaging language.”

According to a 2011 survey by the National Endowment for the Arts, the proportion of Americans between the ages of 18 and 24 who read a book not required at school or at work is now 50.7 percent, the lowest for any adult age group younger than 75, and down from 59 percent 20 years ago.

Lee says that for texters, word frequency is an important factor in the acceptability of words.