Growing up around gadgets hinders your social skills, study finds

by Tibi Puiu
in Health & Medicine, Psychology, Studies
Reading Time: 3 mins read
A A
Share on FacebookShare on TwitterSubmit to Reddit 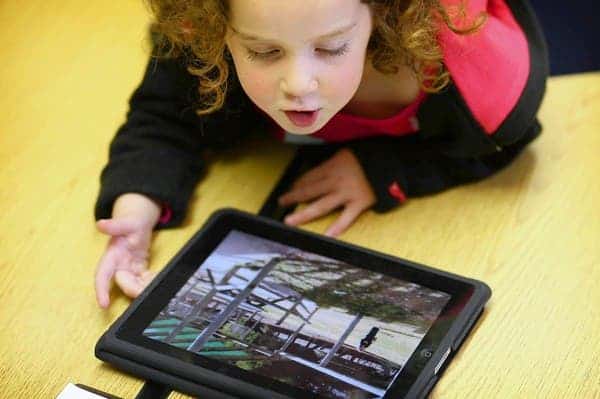 Modern technology has revolutionized the way we communicate forever. From the telegraph, to the wire telephone, to the internet, to extremely capable smartphones, technology, fueled by scientific advancements, has helped people communicate easily with one another and be aware of what’s going on in world instantly. Too much of anything, however, can be harmful, and when people start to interact more via gadgets than next to a coffee table, you know there’s a serious problem at stake. A new study conducted by a Stanford professor, who surveyed  3,461 American girls aged 8 to 12, showed that those who spent much of their waking hours switching frantically between YouTube, Facebook, television and text messaging are more likely to develop social problems.

I’m pretty sure most of you were aware of this, especially the ZME parents reading this. It’s natural for emotional intelligence not to develop at its healthy pace when face-to-face contact, with all its social skills benefits that come with inherent eye-to-eye contact, body language, even a hand shakes, is replaced by monosyllabic texts on iPhones or Facebook.  Social retardation is a real phenomenon, and it’s engulfing kids at an ever fragile age.

“No one had ever looked at this, which really shocked us,” said Clifford Nass, a Stanford professor of communications who worked on the study,. “Kids have to learn about emotion, and the way they do that, really, is by paying attention to other people. They have to really look them in the eye.”

Pre-adolescents girls that spent a healthy amount of time interacting face-to-face with their peers and family were less likely to display social problems,  according to the findings posted in the publication Developmental Psychology. Nass, says, that it’s difficult to stamp the same conclusions to boys as well, since emotional development is more difficult to analyze , as male social development varies widely and over a longer time period.

What about video-conference apps, like skype or the popular iPhone app FaceTime? Well, the researchers found that conversations over a conference interface are far from compensating, since people tend to multitask while chatting.

Here’s to the future’s generation of basement kids.

Side-note: by no means would I recommend parents to confine their children’s access to technology, that would be a huge mistake. Technology has become an essential part of today’s life, and children need to have access to it. The key lies in balance.