Four hundred of the most popular lipsticks in the US contain trace levels of lead, according to tests conducted by the federal government – a number much bigger than what was expected. 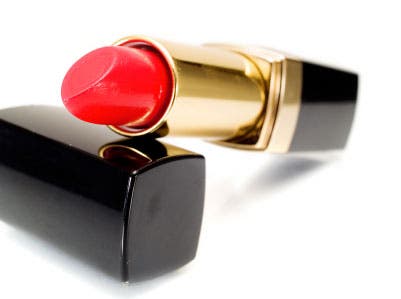 Five of the L’Oreal and Maybelline lipsticks ranked among the top 10 most contaminated brands, as well as two Cover Girl and two NARS. The researchers from the FDA who conducted the study declared they were shocked and weren’t expecting this, especially in the midst of the debate between the FDA and the Campaign for Safe Cosmetics, a consumer group which has been pushing the government for years to set some lead limits in lipstick. Until now, the government insisted that the quantities of lead pose no problem, but after this latest batch of testing, they might change their mind – though I wouldn’t put my money on that.

However, they argue that, despite one third of all lipsticks contain levels higher than those approved in candy, the comparison is invalid.

The highest amount was found in the Maybelline’s Color Sensational “Pink Petal” lipstick, at 7.19 parts per million, and the average was at around 1.2 parts per million; on the other hand, Wet & Wild Mega Mixers Lip Balm, the least expensive from the ones analyzed was also the one with the lowest amount of lead, showing once again that price is not always a good indicator for quality.

While some voices from the FDA state those numbers are in the normal limits, many disagree with this opinion.

“Lead builds in the body over time, and lead-containing lipstick applied several times a day, every day, can add up to significant level exposure,” Mark Mitchell, co-chairman of the Environmental Health Task Force for the National Medical Association, said in the group’s statement.

It doesn’t seem like anyone is in a hurry to do anything about this, but it is something to ponder when putting make-up on. If you ask me, beauty should be lead-free.