by Tibi Puiu
in Climate, Environment, Environmental Issues, Studies
Reading Time: 2 mins read
A A
Share on FacebookShare on TwitterSubmit to Reddit 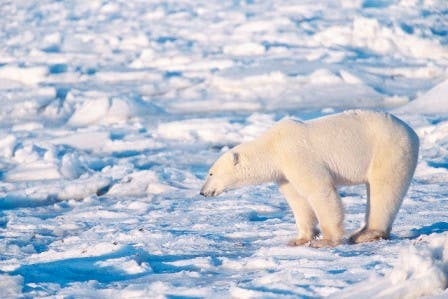 By means of a new mathematical model, scientists have been able to calculate the displacement of ice in glaciers along the years. This was achieved by using the spread of glacier debris and the lines where vegetation starts on the mountainsides to create a series of calculations determining the amount of ice that has melted since the Little Ice Age ended there 350 years ago.

The study, lead by a team of scientists from Aberystwyth University, the University of Exeter and Stockholm University, led by Welsh scientist and Professor Neil Glasser, shows that 270 glaciers of Patagonia in South America, where the data was gathered, have lost 606 cubic kilometers of ice. Until now, glacier ice loss interpretation has only gone as far back as to when satellite imaging of the glaciers could be used to calculate loss.

This is the first time the volume loss of a group of glaciers has been calculated for such a long period back in time, but what’s really interesting in the study isn’t the fact that it shows that glacial melting and its contribution to the sea level rise is increasing, instead more remarkably the rate of melting from the beginning of the 20th century was slower than previously thought. The research also shows that since 1980, the rate of glacial loss has increased by over 100 times that of the previous 320 year long-term average.

Although the research was conducted in the Patagonia glaciers, researchers are confident if similar studies are made in other areas, like the Alps for example which are located at the same latitude in the northern hemisphere, similar results of pattern of loss rate increase would be observed.

The study was published in Nature Geoscience.