Human face perception not limited only to humans

In the theoretical and absurd case of a pigeon going on a police identification line, do you think it would use the same processes you’d use ? If your answer is “yes”, you may seem a bit strange… but you’re right. A study published by researchers from the University of Iowa found that pigeons recognize a human face and its expression pretty much in the same way a human does. 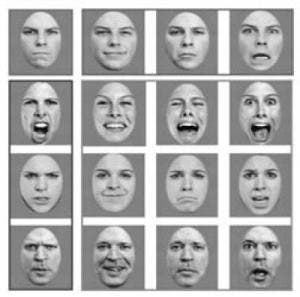 This does raise the rather interesting question of how they were actually able to do this; well, the pigeons were shown photographs of human faces that varied in the identity, as well as the emotional expression. In the first experiment, the pigeons, who were chosen because they have very good eyesight and are extremely distant relatives of humans, were studied to see how they perceive similarities among the faces with the same identity and emotion.

In the second, key experiment, the task of the birds was a little harder; they had to categorize the pictures by identity or expression, and the researchers were quite surprised to find out that it was easier for them to ignore identity when they recognized face emotion, according to Ed Wasserman, Stuit Professor of Experimental Psychology, and graduate student Fabian Soto, both of the UI College of Liberal Arts and Sciences Department of Psychology. Basically, it’s easer for them to identify a facial expression rather than a face.

“This asymmetry has been found many times in experiments with people and it has always been interpreted as the result of the unique organization of the human face processing system.” Soto said. “We have provided the first evidence suggesting that this effect can arise from perceptual processes present in other vertebrates. “The point of the project is not that pigeons perceive faces just as we do or that people do not have specialized processes for face perception. Rather, the point is that both specialized and general processes are likely to be involved in peoples’ recognition of faces and that the contributions of each should be carefully determined empirically,” he added.

This may force scientists rethink the current understanding about how unique human cognitive processes are, and how these processes might interfere with other more general ones when it comes to rather difficult tasks, such as face recognition.