by Tibi Puiu
in Mind & Brain, Psychology, Studies
A A 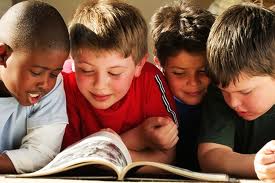 Researchers at Northwestern University claim they have uncovered the mechanisms that lead to difficulty in reading. Apparently, there is a direct correlation between one’s ability to encode speech sound in the brain and ease of reading. The scientists also devised an experiment and saw that children with reading impairment significantly improved after being fitted with a listening device.

It’s rather unfortunate that dyslexia is labeled by many with the stigma of poor intelligence. The condition has absolutely no relation to intelligence, it just turns reading into a struggle for those afflicted by it. This is a fact well worth considering, even more since one in ten children are believed to suffer from dyslexia. Similar to dyslexia, dyscalculia – a condition in which people are unable (or find it extremely difficult) to do even the simplest of arithmetical tasks – is yet another condition that is unrelated to intelligence, but still gives children a tough time and unasked for pressure.

Seeking the uncover the biological markers that underline dyslexia, the researchers recorded the automatic brain wave responses of 100 school-aged children to speech sounds. They found that the best readers encoded the sound most consistently while the poorest readers encoded it with the greatest inconsistency.

“We discovered a systematic relationship between reading ability and the consistency with which the brain encodes sounds,” says Nina Kraus, Hugh Knowles Professor of Neurobiology, Physiology and Communication. “Unstable Representation of Sound: A Biological Marker of Dyslexia,” co-authored by Jane Hornickel, will appear in the Feb. 20 issue of The Journal of Neuroscience.

Vowels are sounds that are the easiest to recognize since they’re long and simple; the real difficult sounds that can confuse the brain are consonants, which are shorter and more acoustically complex.

In prior work, Kraus and colleagues fitted children that had a difficult time reading with an auditory device that directly fed what their teacher spoke into their ears. After a while, the scientists found that showed improvement not only in reading but also in the consistency with which their brains encoded speech sounds, unsurprisingly consonants in particular.

“Use of the devices focused youngsters’ brains on the “meaningful” sounds coming from their teacher, diminishing other, extraneous distractions,” said Kraus. “After a year of use, the students had honed their auditory systems and no longer required the assistive devices to keep their reading and encoding advantage.”

The Northwestern study is the latest in a series of studies conducted by universities from around the world that have reached similar findings, namely that reading is directly linked with auditory skills, including and not limited to, the ability to rhyme sounds and to recognize rapidly occuring sounds.

“Understanding the biological mechanisms of reading puts us in a better position to both understand how normal reading works and to ameliorate it where it goes awry,” says Kraus.

“Our results suggest that good readers profit from a stable neural representation of sound, and that children with inconsistent neural responses are likely at a disadvantage when learning to read,” Kraus adds. “The good news is that response consistency can be improved with auditory training.”