by Tibi Puiu
in Inventions, Research, Studies
Reading Time: 2 mins read
A A
Share on FacebookShare on TwitterSubmit to Reddit 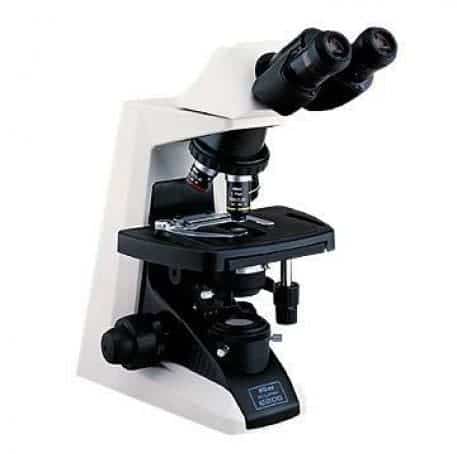 Engineers from Ohio’s State University have published a paper detailing the development of an innovative, tiny 3D  lens that enables microscopic objects to be seen from nine different angles at once. The concept itself is not a novelty, but in its current usage other 3D microscopes use several lenses or cameras to move around a microscopic object and capture it in 3D – the Ohio produced lens is the first single, stationary optical device that creates 3D imaging by itself.

The research was headed by Allen Yi, associate professor of integrated systems engineering at Ohio State, and postdoctoral researcher Lei Li who described the lens in a recent issue of the Journal of the Optical Society of America A. The high-tech 3D lens was manufactured fairly simply, using a commercially available milling tool with a diamond blade to cut the shape from a piece of the common transparent plastic  polymethyl methacrylate, also known as acrylic glass. Researchers say that the same lens could be manufactured less expensively through traditional molding techniques.

“Ultimately, we hope to help manufacturers reduce the number and sizes of equipment they need to miniaturize products,” Dr. Yi added.

The size of a fingernail, the lens resembles a gem with a flat top surrounded by eight facets, but while gems may be symmetric, this isn’t the case with the lens, whose facets features sizes and angles that vary in minute ways that are hard to see with the naked eye.

“No matter which direction you look at this lens, you see a different shape,” Yi explained. Such a lens is called a freeform lens, a type of freeform optics, technology available for over a decade now. Yi wrote an indispensible computer program that combines all these facets and combines them ultimately providing a full 3D image.

“Using our lens is basically like putting several microscopes into one microscope,” says postdoctoral researcher Lei Li. “For us, the most attractive part of this project is we will be able to see the real shape of micro-samples instead of just a two-dimensional projection.”

The design is so simply and easy to implement that it can be equipped on existing microscopes. It can also simplify the design of future machine vision equipment, since multiple lenses or moving cameras would no longer be necessary.

Other devices could use the tiny lens, and he and Li have since produced a grid-shaped array of lenses made to fit an optical sensor. Another dome-shaped lens is actually made of more than 1,000 tiny lenses, similar in appearance to an insect’s eye.