Brain-like computing is one step closer 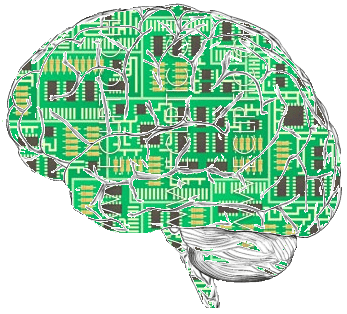 The development of a brain-like computer would have numerous and varied benefits, and this achievement is one step closer, according to research published by researchers from the University of Exeter.

The brain is an unique processor from many points of view, displaying many extraordinary abilities, including simultaneous information processing and storage using phase-change material, which is exactly what scientists have been able to obtain for the first time. This would make computers much more faster and efficient, as well as more similar to biological systems.

Today’s computers work unlike any biological systems and are much more uneffective in the way they treat processing and memory separately, which results in a speed and power bottleneck caused by the need to move data around continually. In order to perform these two tasks simultaneously researchers used phase-change materials, a kind of semi-conductor that exhibits remarkable properties.

This shows that materials made entirely from phase-change materials can be used to create artificial synapses and neurons, which means that such a processor could treat information in the way your brain does it; the study also points out that these materials can perform general-purpose computing operations, such as addition, subtraction, multiplication and division.

“Our findings have major implications for the development of entirely new forms of computing, including ‘brain-like’ computers. We have uncovered a technique for potentially developing new forms of ‘brain-like’ computer systems that could learn, adapt and change over time. This is something that researchers have been striving for over many years.”