3D printing: the history and the future

The technology of 3D printing has reached an interesting point in its trajectory. It's been around for years, lots of people know it exists and it has even reached the high street. However, there's still something of a gap between its promise and the reality, and it looks like the general public are yet to be convinced. So perhaps now is a good time to take stock of 3D printing: its history and its future.

by The Staff
in Inventions, Technology
Reading Time: 3 mins read
A A
Share on FacebookShare on TwitterSubmit to Reddit

The technology of 3D printing has reached an interesting point in its trajectory: it’s been around for years, lots of people know it exists and it has even reached the high street. However, there’s still something of a gap between its promise and the reality, and it looks like the general public are yet to be convinced. So perhaps now is a good time to take stock of 3D printing: its history and its future. 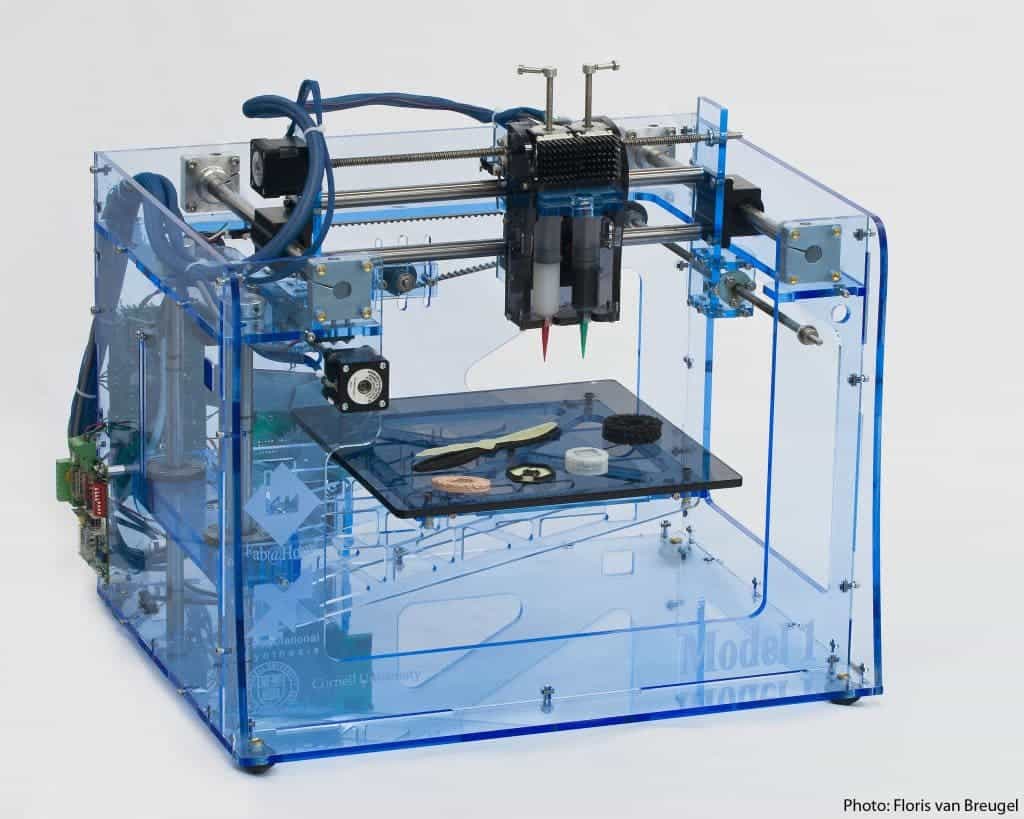 The essential concept is the computer-guided mechanical layering of sequential layers of raw material – generally polymer plastics – to incrementally build up a three dimensional object. The early use of inkjet printer heads for this purpose led to this method of manufacture getting its name. The definition of 3D printing was subsequently expanded to include automated metalwork processes.

Applications in the early days focused on rapid prototyping and other product development processes, but it was not until the late 2000s and early 2010s that the technology has begun to scale up.

Today, the increase in 3D printing machines and the reduction in costs has brought this technology to the mass market. Applications today span construction, architecture, biotechnology, eyewear, defence, fashion and even food.

2014 also saw the debut of the Strati, the world’s first 3D printed car. According to Jay Rogers – CEO of Local Motors, which developed the vehicle – the key to the design is simplification. He stated in an interview that: ‘if you can make a vehicle out of one material, you can massively reduce the number of parts.’

Significantly, it is also now quite possible for an average person to purchase a 3D printer from a high street electronics store and use it in their own home. However, despite the development of home use over the last ten years, the prospect of millions of consumers printing off common household objects has not yet to materialised.

The potential of 3D printing seems obvious, but at the same time a little vague. For many, it’s clear that being able to create print parts on demand could revolutionise the worlds of manufacturing and retail, and yet it’s difficult to predict exactly where the big breakthrough will start.

Designers, for example, no longer have to wait weeks for their prototypes to be created. The notorious flipside to that ease of use is the 3D printed firearm, which garnered headlines back in 2013. In terms of intellectual property protection, the spate of digital piracy blighting the music and movie industries could easily translate to manufacturing sectors via 3D printing.

3D printing is not having an easy time of it on the markets, either, and stock market prices have stumbled. The share price of German manufacturer Voxeljet started 2014 at a high of $47, a strong increase from its flotation a few months earlier. At the start of 2015, however, it had slumped to just under $8.

The company remains positive about its future, collecting innovation awards and developing new technology. A new industrial or retail development in 2015 could well reignite excitement in this company and others like it.

Often, though, the markets can be remarkably prescient in predicting when a technology is unlikely to take off. Investors and companies involved in 3D printing will be hoping that they are wrong about this particular trend.