The rulers of every important European state from 400 BC to present day, in one amazing video map

The rise and fall of empires in one epic animated map. 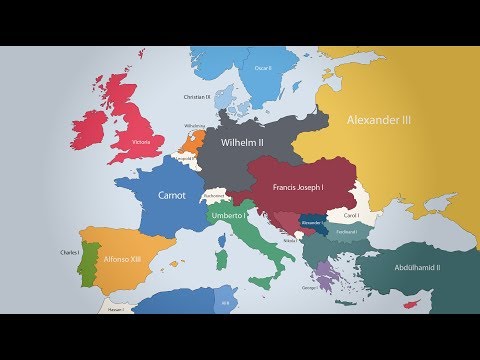 The Old Continent has always been at the center of world politics, partly because Europe’s rich history has been documented much better than that of other regions. Today, the continent, particularly thanks to the European Union, is remarkably peaceful and affluent, but it hasn’t always been this way.

Throughout its history, Europe has seen its fair share of turmoil, violence, and political intrigue. One very diligent YouTube creator called Cottereau recently released a video that shows just how dynamic the European political landscape has been. Starting from 400 BC to 2017, the 20-minute video traces every state and names its ruler, be it a king, emperor, tsar, tribal leader, president or prime minister.

This is really a great visualization, so grab some popcorn and enjoy the rise and fall of empires.