The US wanted to nuke the moon during the cold war

by Tibi Puiu
in Other, World Problems 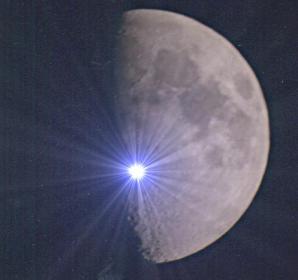 Paranoia, fear and the prospect of total global annihilation. These thoughts constantly plagued the leaders of the developed world during the cold war, as the two super power of the time, the US and USSR, pranced back and forth in a potentially deadly dance. It was during this time that some of the most devious, inconceivable plans were made. On more than one occasion, life on Earth as we know it came dangerously close to extinction.  Bombing the moon with nukes, though today might seem like cruel joke, was just another wild proposition whose file sat on American officials’ desk.

The classified project was called ‘A Study of Lunar Research Flights‘ and nicknamed ‘Project A119’, but don’t let the name fool you. The nearest the project came to scientific research was when it studied the potential hazards of blowing up a chunk of the moon. Make no mistake, it was all about showing muscles.

In the height of the space age and cold war, tension between the two super powers grew strong. What would a nuclear blast on the moon look like from Russia? It would have surely deterred any soviet ideas of attacking continental US with nuclear weapons, US officials of the time thought. Under the scenario, a missile carrying a small nuclear device was to be launched from an undisclosed location and travel 238,000 miles to the moon, where it would be detonated upon impact.

A119 details were revealed by former US Air Force physicist, Leonard Reiffel, who lead project, during an interview with the BBC. Curiously enough, part of the research team was also a young Carl Sagan, then a graduate student, who was tasked with studying behaviour of dust and gas generated by the blast.

Also part of the project, a nuclear launch facility based on the moon was also discussed, which would have served a double purpose: further assert the US’ nuclear domination and act as a final global annihilator, in case land-based launch sites would become compromised.

Needless to say, the project was abandoned out of impracticability. Don’t laugh just yet, though. Like I said, there were some wacky stews cooking on both ends of the fence; some never left the drawing board, some become reality and caused a great deal of suffering, as for others, we might never find out.