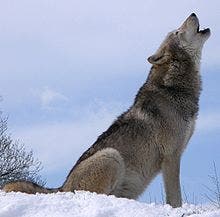 Gray wolves are just one of the emblematic species found on the endangered list in many parts of the world. But not in the US – they were removed from the endangered list. Now, as expected, it turns out this was a bad move, and the state of California wants to put it back there.

A petition to protect the gray wolf under the California Endangered Species Act was approved Wednesday by Fish and Game commissioners, the latest move in an effort to prevent removal or worse of the state’s one and only member of the species. Hopefully, this will take a turn for the best, in the pretty dire case of the gray wolves.