by Mihai Andrei
in Other
Reading Time: 5 mins read
A A 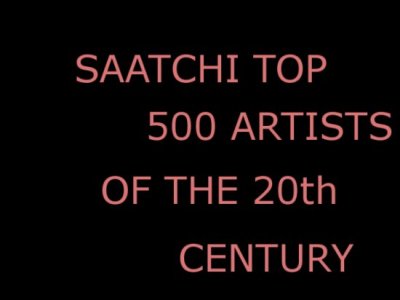 We’re gonna take small break from science and relax with the fine arts of the 20th century. Recently, Saatchi made a thorough and relevant top of the greatest artists of the past century. While much to my shame I can barely recognize just about half of the first 100 and a much smaller proportion of the other artists, I think anybody should know something about at least the first 15.

15. Andy Warhol was an American artist and a central figure in the movement known as Pop art. After a successful career as a commercial illustrator, Warhol became famous worldwide for his work as a painter, an avant-garde filmmaker, a record producer, and author.
14. Georges Braque was a major 20th century French painter and sculptor who, along with Pablo Picasso, developed the art movement known as cubism.
13. Willem De Kooning was an abstract expressionist painter, born in Rotterdam, the Netherlands. His paintings are often misunderstood and rarely appreciated to their true valor.
12. Salvador Dalì was a Spanish surrealist painter born in Figueres, Catalonia, Spain. As far as I’m concerned, he should have been on a higher position than 12. Dalí was a skilled draftsman, best known for the striking and bizarre images in his surrealist work. His painterly skills are often attributed to the influence of Renaissance masters. His repertoire included film, sculpture, and photography.
11. Piet Mondrian was a dutch painter, important contributor to the De Stijl art movement and group, which was founded by Theo van Doesburg.
10. Marcel Duchamp was a French artist (he became an American citizen in 1955) whose work and ideas had considerable influence on the development of post-World War II Western art, and whose advice to modern art collectors helped shape the tastes of the Western art world.
9. Wassily Kandinsky was a Russian painter, printmaker and art theorist. One of the most famous 20th-century artists, he is credited with painting the first modern abstract works.
8. Henri Matisse was a French artist, known for his use of color and his fluid, brilliant and original draughtsmanship. As a draughtsman, printmaker, and sculptor, but principally as a painter, Matisse is one of the best-known artists of the twentieth century.
7. Paul Gauguin was a leading Post-Impressionist painter. His bold experimentation with coloring led directly to the Synthetist style of modern art while his expression of the inherent meaning of the subjects in his paintings, under the influence of the cloisonnist style, paved the way to Primitivism and the return to the pastoral. He was also an influential exponent of wood engraving and woodcuts as art forms.
6. Claude Monet was a founder of French impressionist painting, and the most consistent and prolific practitioner of the movement’s philosophy of expressing one’s perceptions before nature, especially as applied to plein-air landscape painting. The term Impressionism is derived from the title of his painting Impression, Sunrise; so in a way, he is the father of Impressionism.

5. Egon Schiele was an Austrian painter, a protégé of Gustav Klimt, and a major figurative painter of the early 20th century. Schiele’s oeuvre is noted for the intensity and the large number of self-portraits he produced. Probably the biggest surprise here (at least for me), but his talent stretches far and wide throughout the world.
4. Gustav Klimt was an Austrian Symbolist painter and one of the most prominent members of the Vienna Art Nouveau (Vienna Secession) movement. His major works include paintings, murals, sketches, and other art objects, many of which are on display in the Vienna Secession gallery.
3. Paul Cézanne a French artist and Post-Impressionist painter whose work laid the foundations of the transition from the 19th century conception of artistic endeavour to a new and radically different world of art in the 20th century. Cézanne can be said to form the bridge between late 19th century Impressionism and the early 20th century’s new line of artistic enquiry, Cubism. The line attributed to both Matisse and Picasso that Cézanne “is the father of us all” cannot be easily dismissed.
2. Pablo Picasso was a Spanish painter, draughtsman, and sculptor. As one of the most recognized figures in twentieth-century art, he is best known for co-founding the Cubist movement and for the wide variety of styles embodied in his work. Among his most famous works are the proto-Cubist Les Demoiselles d’Avignon (1907) and his depiction of the German bombing of Guernica during the Spanish Civil War, Guernica. For those fond of quotes, here you go.

1. Constantin Brancusi; surprising or not, the first on the list (with a huge lead, over twice the number of votes than the “runner up”) is a sculptor from Romania, a country which gave the world numerous artists and scientists along the years. His sculptures blend simplicity and sophistication that led the way for modernist sculptors. In 2002, a sculpture by Brâncuşi named “Danaide” sold for $18.1 million, the highest that a sculpture piece had ever sold for at auction. In May 2005, another one of his pieces from the “Bird in Space” series broke that record, selling for $27.5 million.