OMG, LOL and FYI – now in the Oxford English Dictionary

I’m not a big fan of Internet slang myself, though I use it, just like millions and millions of other users. However, OMG, LOL or FYI seem appropriate on a Facebook window, or a beer conversation at most, not in a dictionary. Still, as of March 2011, that’s where they’ll be. 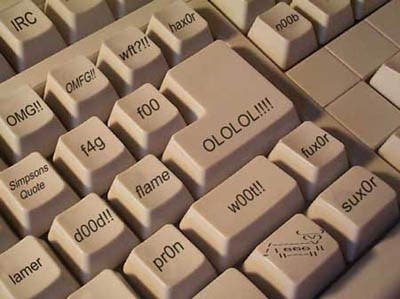 Laugh Out Loud, Oh My God and For Your Information will join other abbreviated forms of common language, such as TMI (too much information) and BFF (best friends forever). OED (Oxford English Dictionary) notes:

“Initialisms are quicker to type than the full forms, and (in the case of text messages, or Twitter, for example) they help to say more in media where there is a limit to a number of characters one may use in a single message”.

However, since the above abbreviations are starting to be used outside the electronic world as well, they decided it would be a good idea to introduce them into the dictionary.

“The intention is usually to signal an informal, gossipy mode of expression, and perhaps parody the level of unreflective enthusiasm or overstatement that can sometimes appear in online discourse, while at the same time marking oneself as an ‘insider’ au fait with the forms of expression associated with the latest technology.”

It would seem that it took a really short time for these phrases to be accepted, but interestingly enough, OED notes that they have been used even before the Internet. However, in the 1960s, LOL meant ‘little old lady’. Oh well.