Roland le Fartere – a medieval flatulist from the 12th century

by Dragos Mitrica
in Offbeat
Reading Time: 2 mins read
A A
Share on FacebookShare on TwitterSubmit to Reddit 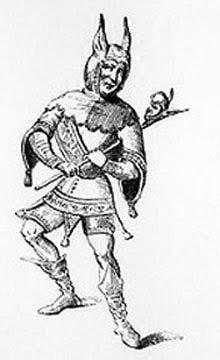 Roland le Fartere (also known as Roland the Farter) was a medieval flatulist who lived in 12th century England. He served as a jester for King Henry II, and apparently, he was so good at his job that he was rewarded for his services with a manor in Suffolk and 30 acres (120,000 square meters)! The historical reference can be found in the 3th-century English Liber Feodorum (Book of Fees), where the king’s men noted everybody who they paid. According to the book, all that Roland had to do for this rather wealthy estate was perform “Unum saltum et siffletum et unum bumbulum” (one jump, one whistle, and one fart) once a year at the court of King Henry II every Christmas. Wow!

Not much else is known about Roland, but his curiously enough, his profession has a long and interesting history. In the Innu mythology of Canada, Matshishkapeu (literally the “Fart Man”) is the most powerful spirit, a legendary shaman which can, among others, inflict gastrointestinal pain or relief. Other than that, most references to flatulists (also called fartists) are comical.

Even Saint Augustine mentions some performers who did have “such command of their bowels, that they can break wind continuously at will, so as to produce the effect of singing.” The profession was apparently quite widespread in Ireland throughout medieval times, and there were also several performers in England, and Japan – during the Edo period, in the 1600s. Flatulism was brought back by Le Pétomane, a Frenchman who developed a technique in the 1900s, by inhaling air through his mouth and releasing it through his rectum. Sadly, in recent years, flatulism declined, almost falling in to non-existance (bar some “amateur performers). But none reached Roland’s prowess and gastrointestinal talent.