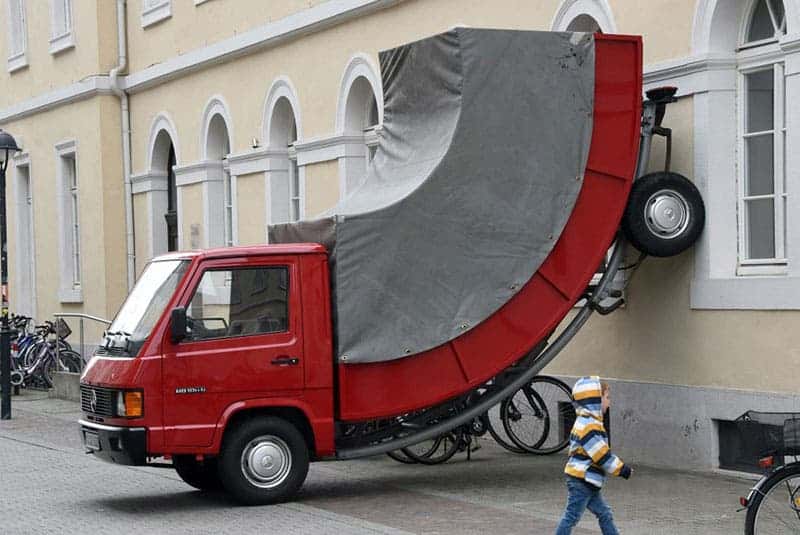 The Germany city of Karlsruhe celebrates its 300th anniversary in 2015, and they wanted to do something special to commemorate it. So officials booked Austrian sculptor and performance artist Erwin Wurm to do a modern sculpture, which he did. Here’s what the city said:

“For the city’s anniversary, Wurm has a bright red truck reverse up a wall of the Weinbrennerhaus. Elegantly bent upwards at the center, the Truck appears to effortlessly overcome its own weight, and to adapt itself in conformity with the shape of the representative building. Owing to its physical distortion, this utility vehicle assumes a sculptural character, while its function now becomes of secondary importance to its artistic form. The façade of the house also loses its original meaning: becoming both parking space and street for the truck, the wall serves less as a shell for the interior but more as a stage for art.”

All is fine, until the Mercedes-Benz sculpture truck met the fate of an overzealous officer who slapped the car with a parking ticket, without so much as considering its artistic merit. Ironically, this generated more attention for the city’s celebration than all the officials’ campaigns. 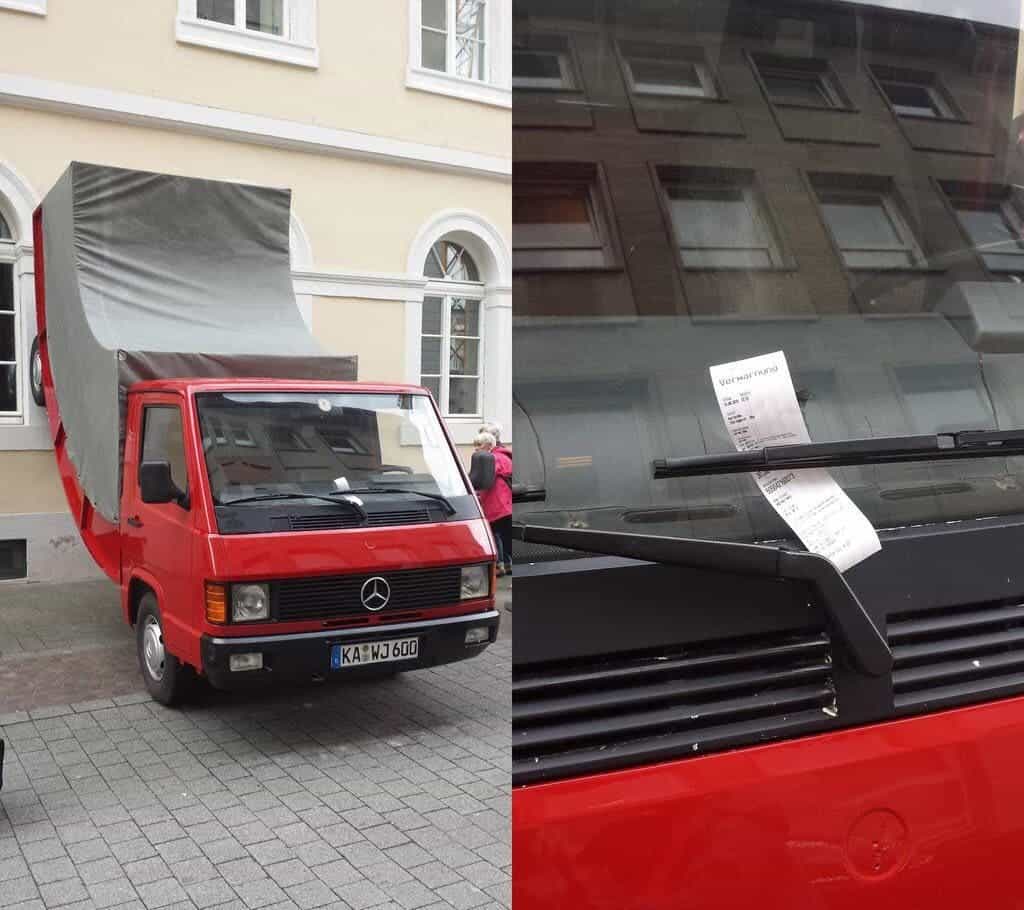