Half-black, half-orange lobster discovered and on display, just in time for Halloween

by Tibi Puiu
in Animals, Offbeat
Reading Time: 2 mins read
A A
Share on FacebookShare on TwitterSubmit to Reddit

I swear this isn’t some practical joke for Halloween. Massachusetts fisherman recently caught a highly peculiar lobster with a genetic anomaly which caused it to have one half colored in black, and the other in orange. According to the New England Aquarium, this kind of  coloring isn’t entirely unheard of, but it happens once in every 50 million lobsters. 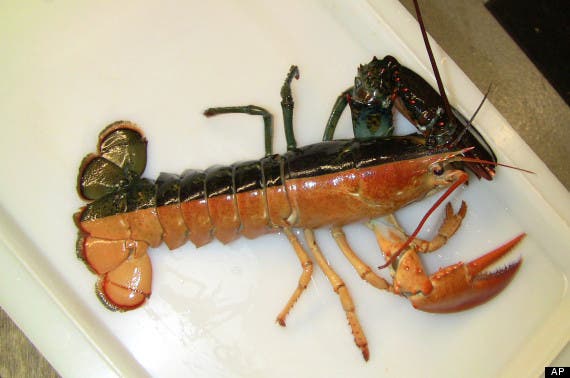 Splits, which are lobsters with colors split down the middle, have been caught in Maine, Rhode Island and Nova Scotia over the last decade. Scientists believe this is the result of a complete cellular split when a lobster egg is fertilised. Whatever’s the case, the female lobster just had human curiosity for oddity to thank, otherwise it would’ve become acquainted with the steaming pot by now. 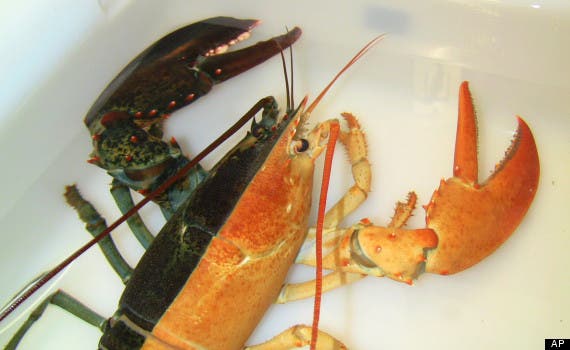 The lobster is expected to go on public display next month, so be sure not to miss it if you’re in the vicinity.