The Advertising Standards Authority banned an ad which promoted fracking in the UK – this ad is really something else. 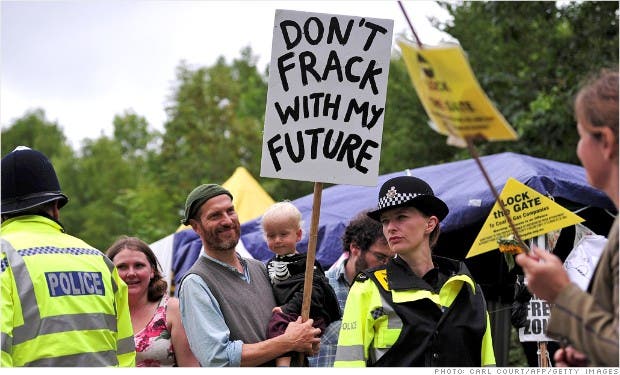 “Dear Citizens of the United Kingdom, do you know that your country is blessed with an incredible gift?”

OK, that’s fine, the UK has been blessed with lots of amazing gifts – but it’s quite a stretch to call shale gas that. But that’s not half of it. The ad went on to falsely claim that the UK suffered a “near-catastrophic gas shortage” in early 2013 and claimed that extracting natural gas from shale rock would mean: “decades worth of natural gas”, “millions of pounds in tax revenues”, “freedom from interruptions and stoppages as a result of Russia’s political games with your gas supply”, “lowering energy prices for millions” and “reducing greenhouse emissions by replacing coal with natural gas for energy”.

Seriously now, they really tried to pass this ad – and it passed, initially. But then a reader issued a complaint to the ASA, explaining that the Britain gas shortage was exaggerated, the supposed benefits of fracking were not known, and Russia did not supply gas to the UK. The ASA acknowledged the complaint, and ruled against Bretling (the oil company which created the ad). It told the company it must not make its claims again and that future ads should be supported by hard evidence.

Breitling, based in Dallas, is one of the US energy industry’s most vocal advocates of hydraulic fracking. They were obviously angered by this decision, and stated:

“Our CEO simply was sharing his views and experience to bring some balance to the debate on hydraulic fracking in the UK, a debate which has been dominated for many months by the sometimes outrageous claims made by opponents of the fracking process. As our CEO sought to make known his views in the fracking debate, Breitling contends that the claims were properly phrased and that we had adequate substantiation for them.”

Apparently, you can’t share your views and experience to the entire country without having something to back them up – who would have guessed?