Embalming & mummification — everything you wanted to know

A journey to the underworld -- and beyond.

by Amrita Iyer
in Offbeat
Reading Time: 10 mins read
A A
Share on FacebookShare on TwitterSubmit to Reddit

Egyptians are the first thing we think of when the topic of ‘preserving the dead’ arises. Be it in popular culture, science movies or random discussions, we all believe that they are the masters of dead body preservation. But what if I told you that the world’s best-preserved dead body (aka mummy) came from China? 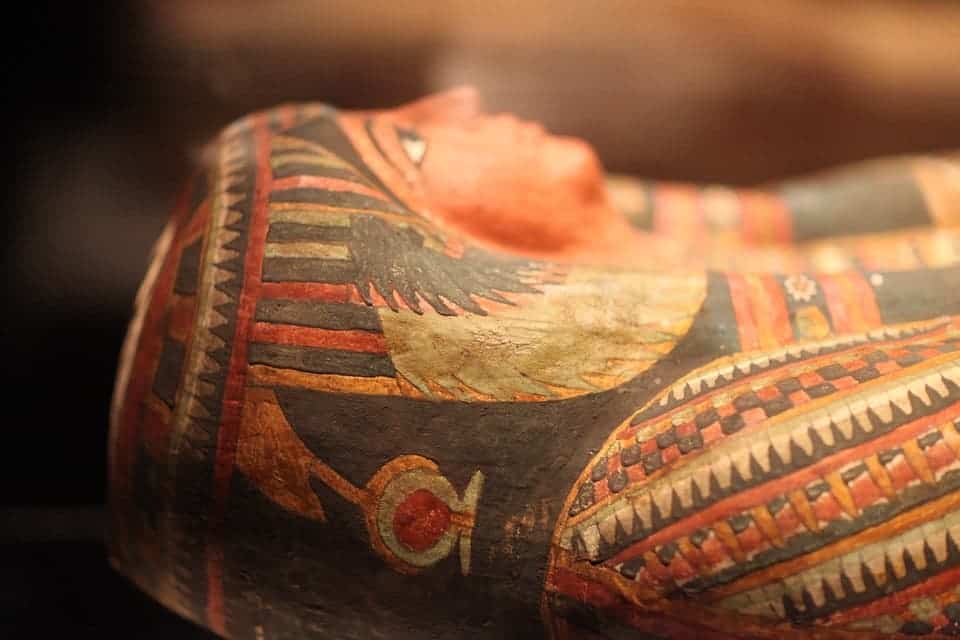 Yes! You heard me right. The body of Lady Dai (Xin Zhui), wife of the Marquis of Dai from the Western Han dynasty of China holds the record for being the world’s best-preserved mummy. What will truly blow your mind is the fact that the body was so pristine, seeds of the melon she ate before death were found in her stomach during the autopsy. Her undamaged blood vessels had hints of blood type A, her hair was intact, her skin was smooth, and her joints were flexible. The cause of death was determined to be a heart attack accentuated by her sedentary lifestyle.

Discovered in 1972, the mummy of this 50-year-old woman is not only a biological marvel but also the best source of information we have about the lifestyle and food habits of the entire Han dynasty. Being able to derive so much information from a 2100-year-old mummy is an incredible feat, indeed! The methodology employed is the epitome of perfection in preserving one’s mortal remains.

The preservation of a dead body from natural decay is called embalming. The quest to ‘unearth’ the science of embalming gained prominence when the tombs (along with the mummies) of famous Egyptian Pharaohs like Ramesses and Tutankhamun were discovered. The study of mummies discovered across the globe established that the embalming process had been in practice for more than 5000 years. However, the oldest deliberate mummy (aged 5000 years) is not from Egypt but is rather that of a child from the Chinchorro culture in South America. The Chinchorro tradition involved preservation of all their dead kin and were the earliest embalmers, doing so around 2000 years before the Egyptians.

Historically, the sole reason for preserving the dead was a strong belief in afterlife and reincarnation, which was ingrained in the culture of most civilizations across the world. It was believed that preservation of the physical body along with other material possessions of the dead individual enabled their smooth transition into the other world. The above findings corroborated the fact that humans have been fascinated by death from the time they came into existence.

So, what exactly did they do to preserve a human body? The process varied between cultures. The Egyptians mummified their dead by following a sequential embalming protocol.

First, all the vital organs except the heart were removed and embalmed separately before being stored in jars. Surprisingly, the brain was thrown away! Next, the body was cleaned and coated with Natron, a desert salt rich in Sodium carbonate, which absorbed all moisture. Then, the body cavities (devoid of the vital organs) were filled with spices, essential oils and minerals. Multiple layers of linen, periodically coated with a preservative resin, was then used to wrap the body tightly. Amulets, masks and additional accessories were placed on the wrapped body depending on the social status of the individual. The body was then placed in a coffin and buried along with possessions ranging from mummified pet cats to precious stones.

Most other cultures across the world preserved their dead through different means predominantly influenced by geographical location and climatic conditions. For instance, the Chinchorros removed the skin and vital organs, dried the bones, packed the remains with clay, twigs, etc., and stitched back the skin. The body was painted black and given a mask. Though this method seems very crude compared to that of the Egyptians, the Chinchorro mummies survived decay despite their placement in the dry Atacama Desert.

People of the Bronze age in Britain mummified their dead, too. Bone studies from the preserved bodies indicate that the bodies were smoked and then preserved in a peat bog — a natural wetland. The disinfection by the smoke and acidic, anoxic nature of the peat bogs enabled preservation of these bodies even in cold, damp climatic conditions.

Interestingly, the body of Lady Dai owes a good deal of its impeccable preservation style to a myriad of factors. The body was found beneath charcoal and clay layers, wrapped in layers of silk, encased within pine constructs, and immersed in a special preservation liquid. The composition of this liquid remains unknown and continues to baffle scientists to this day. This seems to have played a key role in shielding the body from oxidation and bacterial infection for all these years.

Essentially, what happens in the human body after death? The time of death is assigned as the moment at which the heart stops beating. Researchers have found that there is a sudden surge in brain activity in the moments just after death, which is interesting! The muscles of the body initially relax, with the eyelids and the jaws being the fastest. This is followed by rapid cooling of the body, draining of the blood to specific spots due to gravity and stiffening of the muscles termed rigor mortis. After around 10-12 hours, the skin shrinks back, making the nails and hair appear longer, and the muscles relax completely. These anatomical changes are indicative of the transition from life to death irrespective of the cause. Further, the rate at which the body decomposes is signified by changes like bloating and bacterial degradation. These are in turn influenced by the cause of death, as well as the age and health status of the individual. As unpleasant as these facts are, I bet we all are, to a certain extent, curious about what happens to our physical bodies after death.

In recent times, the preservation of bodies has been exclusively used for funeral displays and anatomical studies — barring that of a few famous world leaders like Kim Jong II and Vladimir Lenin whose bodies have been embalmed to preserve them as part of their own legacy. Presently, the strategy involves a formalin injection (a solution of the chemical formaldehyde in water at different proportions based on purpose) into the arteries of the body. Formalin ‘fixes’ body parts by cross–linking protein molecules and thereby retaining the structural integrity of the tissues. Another technique named plastination is also in use specially to preserve bodies for anatomical studies. In plastination, the body fat and water content are replaced by polymers which keep the body supple and free of decay.

At the interface of life and death, we have yet another mode of bodily preservation — cryonics. This technique is used to preserve those people who are in a vegetative state — basically, any person whose condition cannot be alleviated by current medical technologies. These bodies are legally certified and immediately subject to cleaning, cooling and vitrification (state of cooling without crystallization). The final preservation is in a  cryoprotectant (for example, liquid nitrogen) at temperatures as low as -130℃. In contrast to popular belief, the cryonics institute claims that the cost of cryopreservation is around 28,000 USD. Currently, there are four cryopreservation centers in the world, with three in the US and one in Russia. About 250 bodies have been cryopreserved and 1500 individuals have signed up to be cryopreserved.

What is the motivation behind keeping people in this limbo between life and death? It is with the hope that someday in the future these people can be revived and nursed back to health with newly available medical advancements. Though this seems to be a farfetched idea, some scientists argue that death is only when the brain’s information is scrambled to a degree where nothing can recover the identity of that individual. This notion is called information-theoretic death and supports the belief that if the brain can be kept preserved, revival is possible irrespective of the time gap.

Several ethical issues have cropped up regarding the sustainability of cryonics. Firstly, this has not been tested in animals (i.e. the possible reversal to life after cryopreservation), and yet we still have companies offering to preserve bodies with commercial motivation. What happens if they run out of facilities and money? What if several years later perfect restoration of life and consciousness is not possible? What will happen to these partially revived but defective humans? How will these humans respond when they wake up in a new world devoid of friends and family? How does cryonics affect the environment? There are not yet any convincing answers to these questions.

Having digested the science behind the physical changes post death and current preservation technologies, one might wonder if there is any sense in desiring immortal existence in the hope of a revival that may never happen. As someone who believes that science can penetrate the horizon of any given natural phenomenon (in this case, death), at this point I choose to stand by the opinion that preservation is justified if it is going to give the gift of life to another. Ultimately, the decision of being preserved after death is inherently an alternate form of Pascal’s wager and no one today can make a claim on how it will influence things a century later.

I'm a PhD student studying hearing loss. I love science and the variety in it. I enjoy talking and writing about science to pique people's interest.