by Mihai Andrei
in Offbeat, Other
Reading Time: 2 mins read
A A
Share on FacebookShare on TwitterSubmit to Reddit

Of course any architect does a lot of mechanics and all that, but he also shouldn’t miss the optics classes: a high-end Jaguar has partially melted after it was parked in the sizzling-hot reflections coming from London’s newest skyscraper. Yep, a luxury car has partially melted due to the reflections from a nearby skyscraper – I’m just rewriting this to wrap my mind around it. 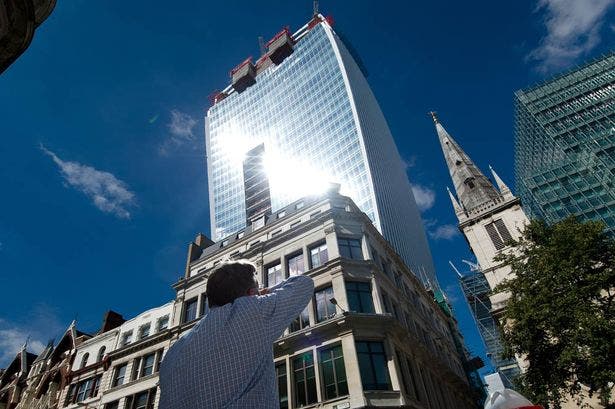 What I found just hilarious is that I initially stumbled on this story on the Mirror, so basically it’s just the Mirror blaming reflections on the Sun; but whimsical remarks aside, businessman Martin Lindsay reported to the police, explaining that the vehicle’s wing mirror and badge melted, the interior was scorched, and the panels along one side had significantly warped. Mr Lindsay told us how he got news about this:

“I was walking down the road and saw a photographer taking photos and asked, ‘what’s happening?’

“The photographer asked me ‘have you seen that car? The owner won’t be happy.’

The building acts just like a solar furnace – a structure that uses concentrated solar power to produce high temperatures, usually for industry. But what really bugs me is … who approved the building of the skyscraper? I mean, any decent physics graduate, any engineer worth his money can tell you what a building looking like that will do to sun rays – but I guess that’s why we call them architects and… not engineers.

Of course, you can fix it by shimming the windows so they scatter light instead of focusing it, but when you’re talking about a $300 million building… somebody should have thought of this! It can actually be very dangerous, especially for children or older people passing through the focal point.

To add to the humorous nature of it, developers Land Securities and Canary Wharf issued a joint statement, explaining that the “phenomenon” was being caused by the “current elevation of the sun in the sky” for around two hours a day, and is expected to last for up to three weeks. I mean, in all fairness, it’s England – can you blame them for not expecting sunlight ? 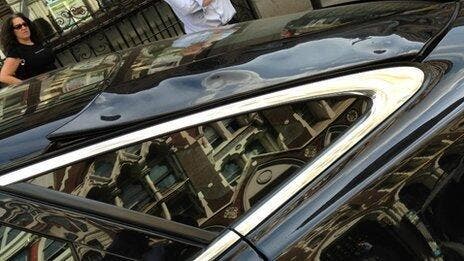