14 Mind Blowing International Borders From Around the World

Borders often highlight the relationship and differences between different countries, and here are some of the most spectacular and revealing ones.

Borders – we have them everywhere because we want to divide things up. But not all countries are alike, and not all borders are alike. Some are plain, even boring, and some are difficult to pass through, while others you might not even see. Borders often highlight the relationship and differences between different countries, and here are some of the most spectacular and revealing ones:

With 350 million legal crossings every year, this is the most frequently crossed border in the world, and this picture highlights some interesting differences between the two countries.

To the right lies Tijuana, Baja California, and on the left is San Diego, California. The building in the foreground on the San Diego side is a sewage treatment plant built to clean the Tijuana River.

The border is over 2000 km long, and here we see US’ barren desert on the left and bustling Mexico on the right. 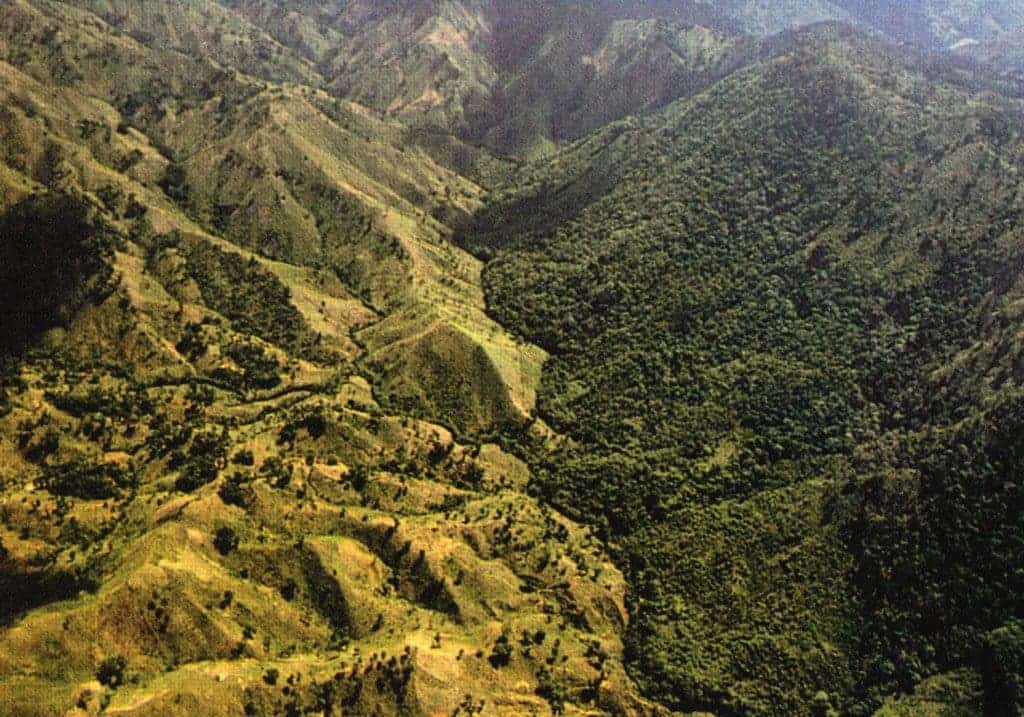 By now, you’ve probably guessed what this is about: Haiti (left) has one set of policy regarding deforestation, the Dominican Republic (right) has another. The effects are extremely visible.

Many borders in the European Union are extremely casual, but this one definitely takes the cherry – in the town of Baarle, going from one country to the other is as easy as going from one side of a pub to the other. For touristic purposes, white crosses mark the border throughout the town, but there is no border control and no one really cares what country you’re in.

Speaking of laid-back borders, here’s the one between Norway and Sweden – they only cut a treeline to mark it. People often use it to ride a snowmobile in the winter. 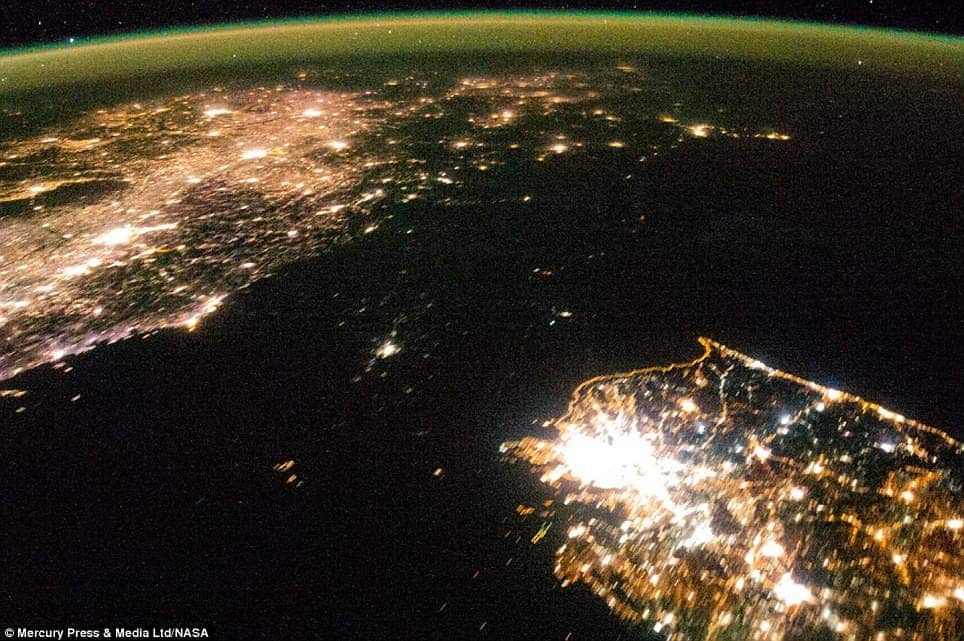 But not all countries are so relaxed about their borders – here you can see North and South Korea’s night lights… except there are almost no night lights in North Korea. Only the showpiece capital city of Pyongyang appears bright against the darkness. It’s also one of the strictest borders in the world.

Here we see Mount Roraima, one of the most spectacular features on Earth, which also serves as a triple border between the three countries of Venezuela (claiming 85% of its territory), Brazil (5%) and Guyana (10%). But this isn’t the only spectacular border in South America… 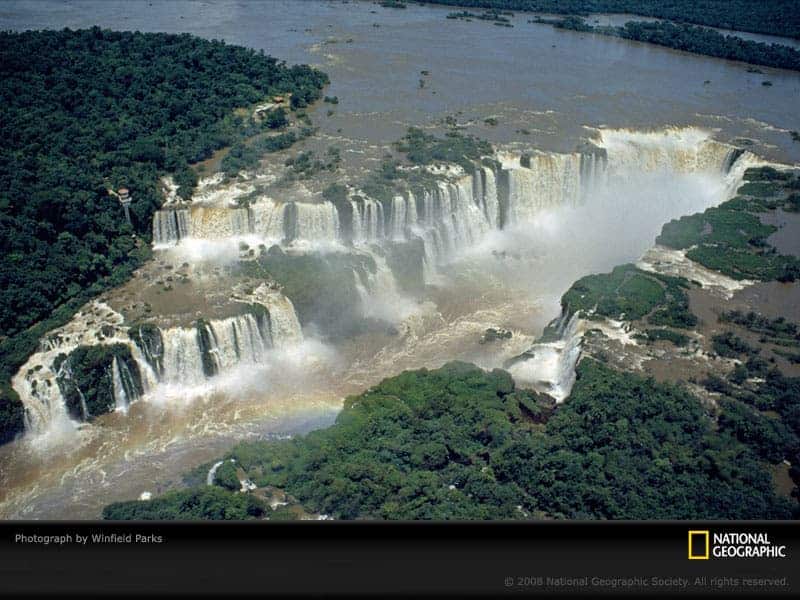 The amazing Iguazú waterfalls form the natural border between Argentina and Brazil. I don’t suspect there are many people trying to cross the border illegally…

You can have a multinational picnic… on one table! This triangular table serves as a three-way border, and you can be in Slovakia, sharing some cake with your friends from Austria or Hungary without even having to get up.

I’m not exactly sure why Poland and Ukraine decided to decorate their border with some fish for the annual Land Art Festival, but it sure looks nice to me.

I bet you didn’t know the summit of Mount Everest, the highest point on Earth is actually a border! The international border between China and Nepal runs across the precise summit point – at no less than 8,848 meters, it is of course, the highest border on the planet. There are quite a few borders on mountain summits, but on much lower mountains…

11. Namibia, Zambia, Zimbabwe and Botswana – the world’s only quadripoint

This border is extremely interesting because it is considered the only border between four countries. This actually raises more questions and causes more issues than you would initially imagine – for example, do two diagonally opposite countries share a border? Indeed, the route of a ferry diagonally across the Zambezi River has in the past led to war, according to a Quora user.

This rather inconspicuous river forms one of the hotter borders of the world.

The former border between the two Germanies went straight through Berlin. When the city was divided, sodium bulbs were used to light up the streets in East Berlin. Whereas in West Berlin the Allies used mostly halide bulbs. The difference is still apparent today.

The bright orange light is the disputed border between the two countries. It’s visible from outer space for its entire length of 1248 miles (2008 km). Sometimes, even the clouds pick sides on this border…