by Mihai Andrei
in Great Pics, Offbeat
Reading Time: 2 mins read
A A
Share on FacebookShare on TwitterSubmit to Reddit 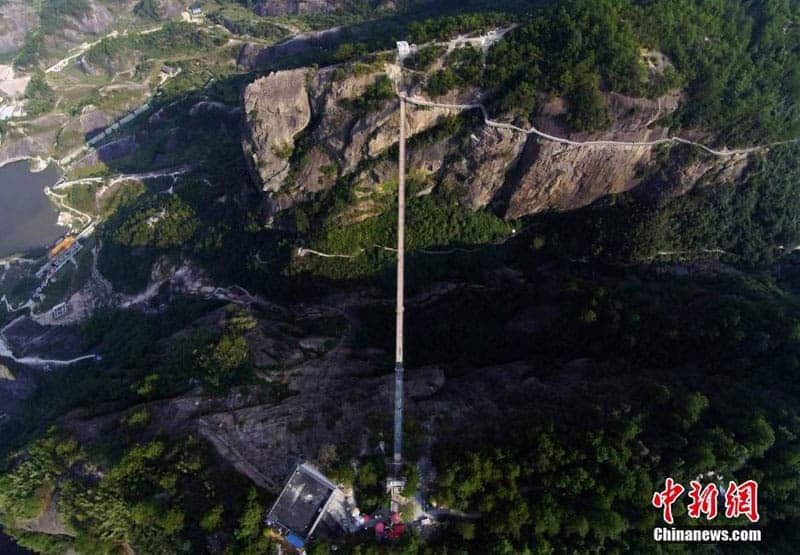 A 300 meter long (984 ft) glass suspension bridge, 180 meters (591 ft) above the ground has recently opened in Hunan, part of China’s Shiniuzhai National Geological Park. As if that wasn’t scary enough, the entire thing is made of glass-like material, and it’s transparent. 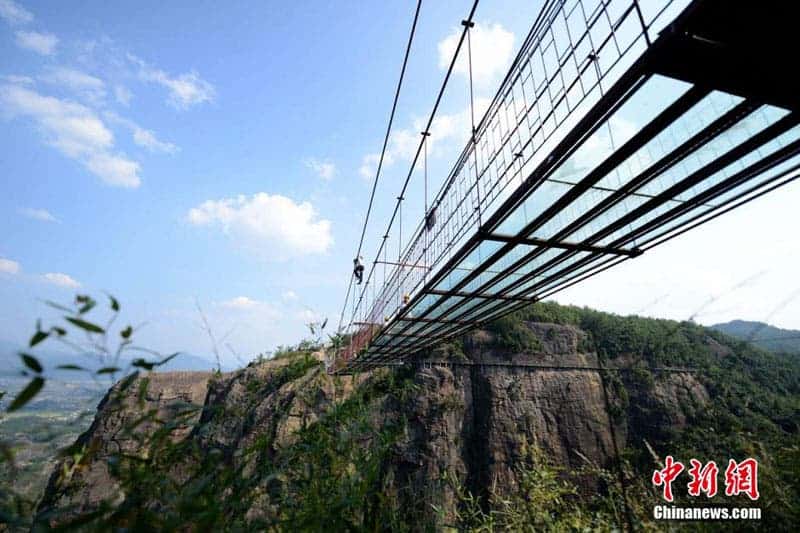 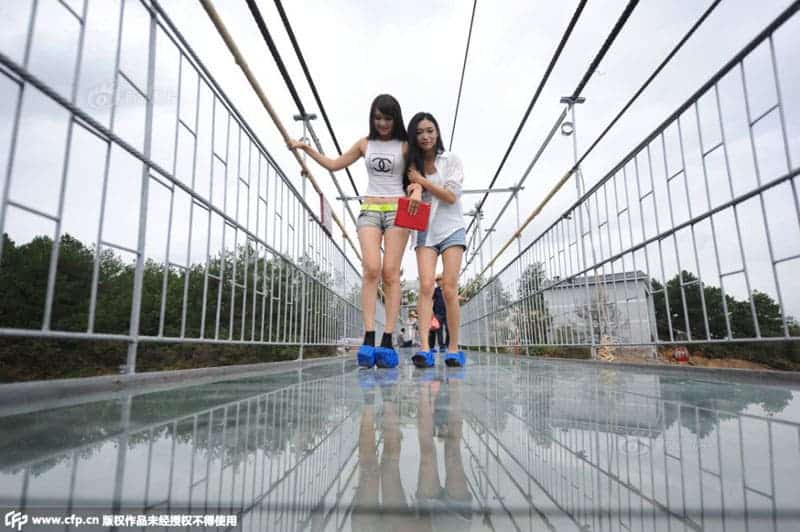 Eloquently named Haohan Qiao or ‘Brave Men’s Bridge’, the bridge is an adventure in itself, as the first visitors found out. The bridge was initially meant to be made from wood, but authorities it wouldn’t have been strong enough, so they used a type of reinforced glass. 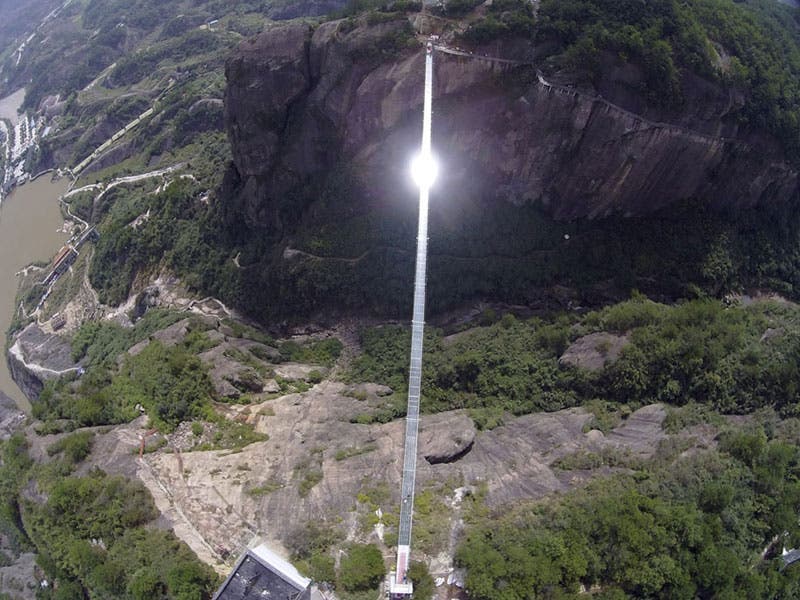 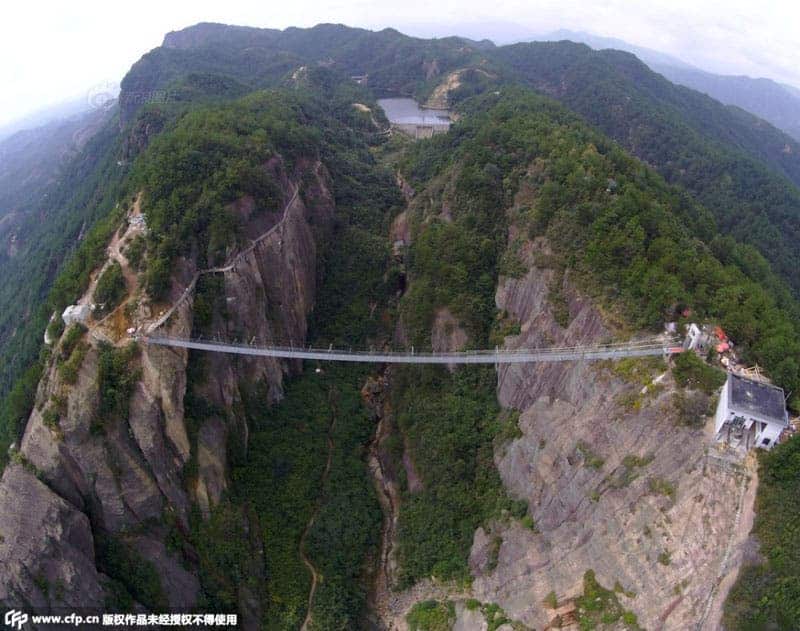 Another glass bridge is set to open in the same area soon, in the Zhangjiajie Grand Canyon area. When complete, it will measure be the world’s highest and longest glass bridge at 430 meters (1411 ft) long and 300 meters (984 ft) high. Would you dare to cross it?