by Alexandru Micu
in GeoPicture, Space
A A

On March 6, 2017, NASA’s Landsat 8 satellite swooped over Tanzania and snapped some incredible pictures of its ruby-red lake.

Northern Tanzania is home to a beautiful, bloody-crimson body of water known as Lake Natron. Apart from its striking hue, the water also has a high concentration of natural salts, making it very alkaline, up to 10.5 on the pH scale.

So what makes a lake turn ruby-red and almost as caustic as ammonia? Well, it all comes down to the area’s geology, particularly its volcanism. The lake sits about 20km north of Ol Doinyo Lengai, an active volcano that juts out of the surrounding plain. Ol Doinyo Lengai is the only volcano known to have ever released carbonatite lava (poor in silica, rich in carbonate minerals) in human history, which is more chemically similar to sedimentary rocks than other types of lava (which are predominantly silica). 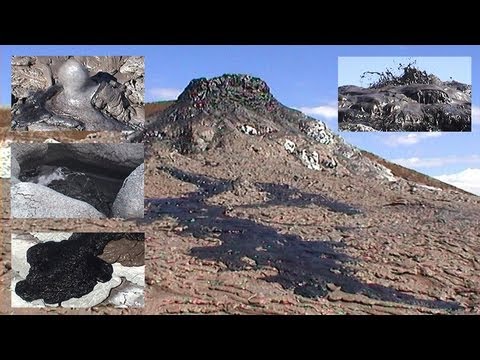 Its products flow, fall, roll, and push through faults all the way to the lake, enriching it in alkaline salts and other material. Waterwise, Lake Natron is chiefly supplied by the Southern Ewaso Ng’iro River and mineral-rich hot springs that are powered by Ol Doinyo’s volcanism. Minerals and salts released by this process, particularly sodium carbonate, push the waters of Lake Natron even higher beyond water’s neutral 7 point mark on the pH scale.

These conditions are ripe for holoarchaea, a class of microorganisms which thrives in salty environments. As they multiply, the holoarchaea lend the water its red hue — the rainy seasons in the area runs from March to May and at the time Landsat passed over Lake Natron, the water level was particularly low and the salt ponds were very colorful.

Most animals (us too) can’t handle water as alkaline and salty as this, but Lake Natron is home to a few species which have adapted to withstand the harsh chemical conditions. Flocks of birds often camp on its shores, and tilapia fish brave its briny waters. Flamingos, in particular, favor the area as a nesting site during the dry season, since moat-like channels and the harsh waters make an ideal fortification against predators.

The climate here is arid. In a non-El Niño year, the lake receives less than 500 millimeters (20 inches) of rain. Evaporation usually exceeds that amount, so the lake relies on other sources—such as the Ewaso Ng’iro River at the north end—to maintain a supply of water through the dry season.

But it’s the region’s volcanism that leads to the lake’s unusual chemistry. Volcanoes, such as Ol Doinyo Lengai (about 20 kilometers to the south), produce molten mixtures of sodium carbonate and calcium carbonate salts. The mixture moves through the ground via a system of faults and wells up in more than 20 hot springs that ultimately empty into the lake. The lake, however, can be a double-edged sword — as this flamingo can attest.