Most of the time, the so-called civilized world would just rather turn a blind eye towards what is happening in Africa; right now, I'd like to shed some light on what it's like to be an albino in Africa, and more specific, Tanzania.

It saddens me to say this, but most of the time, the “civilized world” just prefers to a blind eye towards what is happening in Africa – many atrocities have been taking place for decades, and most people just want to ignore them; right now, I’d like to shed some light on what it’s like to be an albino in Africa – especially in Tanzania. 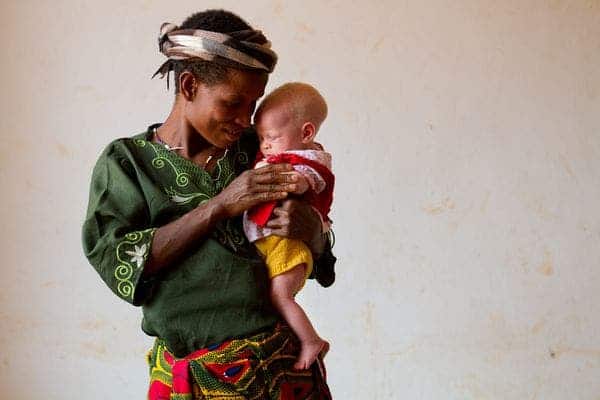 Albinism is a congenital disorder characterized by the complete or partial absence of pigment in the skin, hair and eyes due to absence (or defect) of tyrosinase, a copper-containing enzyme involved in the production of melanin. Without melanin, your skin, hair and eyes can’t be colored (or are colored imperfectly). Ironically, the human condition is believed to have been born in Tanzania. Every 1 in 1400 Tanzanians has it, compared to 1 in 20.000, which is the global average.

Being an African albino can be a death sentence; since 2006, 71 people with no pigment in their skin, hair, or eyes have been killed there – this is just the recorded number, the real number is likely much higher. Another 29 have been attacked. Why? Well, many locals believe albinos are ghosts that can’t die. Others think they were born into cursed families. But others, the self-proclaimed “witch doctors” and “shamans” believe their limbs and organs can be turned into magic potions. An albino corpse sells for about $75,000; and this is something many people believe, many enough for the condition to be basically synonymous with a bounty on your head. 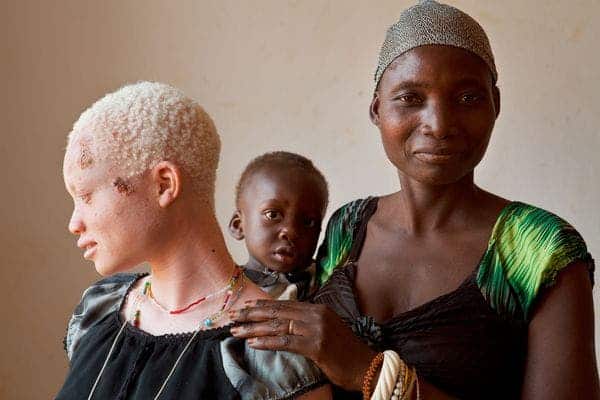 As a result, many of Tanzania’s 17,000 albinos have been hidden away by the government. In this image, Bestida Salvatory is reunited with her 17-year-old daughter, Angel, at the Kabanga Protectorate Center. But albinos suffer a grim future in Africa. There are no long term plans for them, they are often denied access to school, and to top it off, their conditions is often associated with eye disorders. 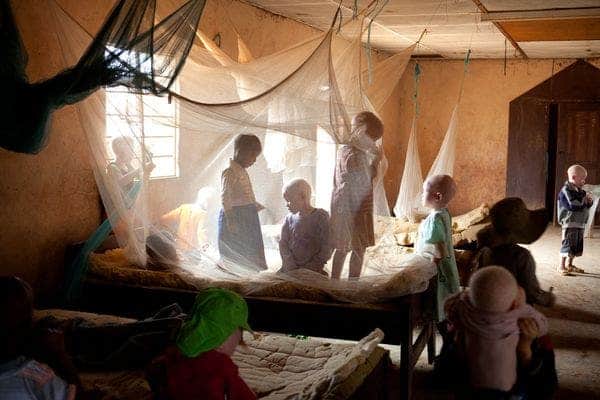 According to the International Federation for the Red Cross and Crescent Societies, at least 10,000 albinos in East Africa have been displaced or have gone into hiding. Even in the very rare cases when they do manage to survive and actually make something of themselves, it’s hard to live knowing that people want to make “cures” from your organs. For women, it gets even worse – rape is also on the table. Albino women and girls have often been assaulted in the preposterous belief that intercourse with them can cure diseases, including AIDS. 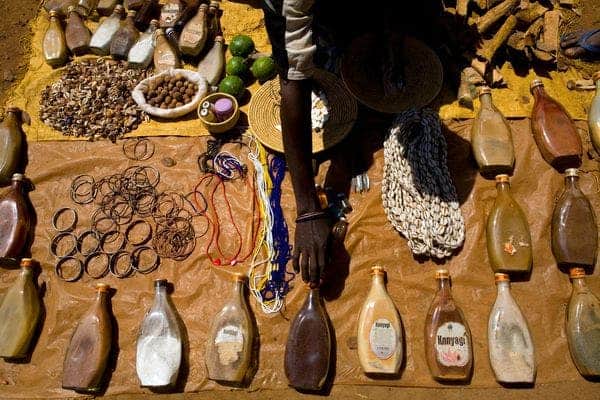 Despite the government’s efforts to educate the population, albino body parts are still a high priced commodity on the black market. The hunt for them has spread just as much across the continent to Burundi, Kenya, and Swaziland, and is present to a smaller extent in other neighboring countries.