What is ecotourism and why we need more of it

It's a way to do a massive difference and it's something which I hope more and more people will start doing.

by Mihai Andrei
in Did you know?, Feature Post, Green Living, Science ABC
Reading Time: 7 mins read
A A
Share on FacebookShare on TwitterSubmit to Reddit

Ecotourism is a form of sustainable travel that supports the local environment instead of putting more pressure on it and exploiting its resources.

Things are rarely simple, however, and ecotourism is a complex concept. Its importance is growing more and more each year, as more and more people travel farther and farther away. If you care about nature, the environment, and local communities, you should ensure that your travels are carried out sustainably. Here’s how.

What is ecotourism anyway?

There are a few definitions which stand out. The one which is generally accepted in most circles is the one from the International Union for Conservation of Nature (IUCN):

“Environmentally responsible travel to natural areas, in order to enjoy and appreciate nature (and accompanying cultural features, both past and present) that promote conservation, have a low visitor impact and provide for beneficially active socio-economic involvement of local peoples.”

Another, simpler and more to the point definition is given by The International Ecotourism Society (TIES), which says that ecotourism is “responsible travel to natural areas that conserves the environment and improves the well-being of local people.” In practice, this implies several things.

The first thing it implies is a level of awareness from the tourist. Tourists should be aware of their impact both on the local environment and on the local community and should try, within reasonable limits, to reduce this impact. Furthermore, the tourist should not only try to do as little damage as possible, but also to support the local community whenever this is possible. Of course, this doesn’t mean that the whole experience becomes less pleasant — on the contrary. This appreciation attitude often leads to the traveler enjoying his experience even more.

It’s also important not to be fooled by pleasant words — a vacation isn’t “ecotourism” just because it says so on the label, and many companies will advertise vacations as eco-friendly without actual justification. A recent study found that many such offers aren’t really helping local ecosystems. Ecotourism is one of the fastest-growing sectors of the tourism industry, and tour operators will try to lure clients using eco-advertising.

However, when used properly, ecotourism can make a difference and help species in need.

Looking at things from a wider perspective, it’s also about the size of the groups. You can’t do mass-ecotourism, it’s an oxymoron — ecotourism has to be done in small or medium groups. There is also usually a strong educational component associated with ecotourism, which also helps, but is not mandatory. Common themes in this context are recycling, responsible water consumption, local craftsmanship, and cycling or walking as opposed to driving. A great emphasis is placed on protecting local species, especially threatened species.

Why we need ecotourism

According to the Air Transport Action Group, the world’s airlines carried a total of over 3 billion passengers in 2013, a figure which has steadily increased since. Oxford Economics expects that figure to almost double, reaching 5.9 billion by 2030. All these people are not only emitting huge quantities of CO2 (indirectly) but also putting great pressure on many environments.

There’s no getting around it: as living standards increase globally, tourism is set to grow, and tourism places a substantial burden on ecosystems. 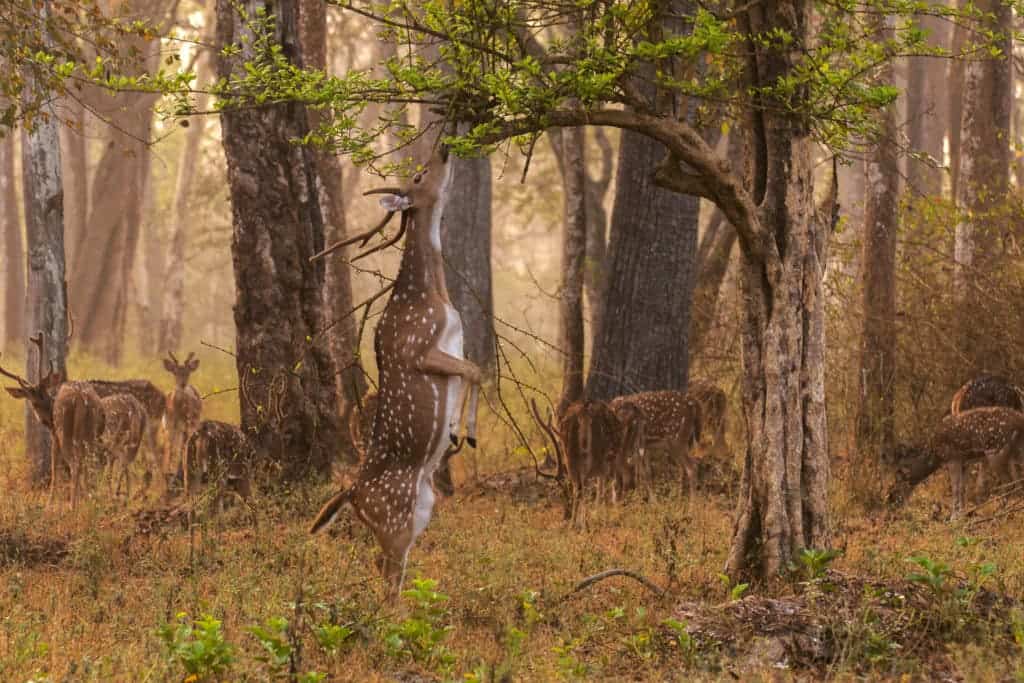 Tourists also require additional infrastructure, such as water treatment plants, sanitation facilities, and lodging. Oftentimes, local communities are not able to sustainably offer these conditions and the results can be devastating. In many parts of Africa for example, large-scale tourism led to the improper disposal of campsite sewage. This, in turn, resulted in the contamination of the nearest river where wildlife, livestock, and people draw drinking water — but that’s just the start of it.

Especially in vulnerable areas, the increase in visitors can lead to significant environmental degradation. Local communities can also be harmed by an influx of tourists as the money influx is rarely directed towards them. Wherever people go, we leave behind garbage – and even if it is left in bins, it can still create a dangerous imbalance. Safaris and animal photographing can scare creatures. Feeding wildlife can teach them bad habits and leave them depending on humans. Even just walking can lead to soil erosion and destruction of animal paths. It can be hard to accept, but everything we do has an impact on wildlife – we should be conscious of this.

Examples abound. In the Antarctic, one of the planet’s most vulnerable areas, it can take hundreds of years for any rubbish to decompose and tourists leave behind plenty of garbage. In Australia, tourists are accelerating the downfall of the Great Barrier Reef, and in Africa, tourism jobs are poorly paid, yet tourism is pushing the prices up – the money isn’t going to the locals, but prices are rising. It can be really easy to make a difference, and giving up on mass-tourism is a much-needed first step.

In this context, ecotourism can make a dramatic difference, removing the environmental impact or, at the very least, reducing it.

The world absolutely needs more ecotourism. It teaches travelers to be more attuned to the pristine areas of the world, it helps educate people, it provides funds for conservation as well as for local communities (often indigenous). Also, because a state of respect and awareness is awakened in the tourist, the quality of his travels is also increased significantly.

The goals of ecotourism

Some people consider the terms ‘ecotourism’ and ‘sustainable tourism’ to be an oxymoron altogether — that you can’t travel in a way that helps the environment. First of all, you have to get from one place to another which almost always means a plane, which burns fossil fuels. Secondly, no matter how much you try, your impact will still be negative. But while that is at least worth considering, it’s taking away from the point. If you’ve decided to travel, you can still do a lot to reduce your impact and at least in some aspects, even make a positive difference. There is always room for improvement. Here’s how.

As long as these objectives are fulfilled, I’d dare say that ecotourism is successful:

Ecotourism is one of the fastest growing sectors of tourism, reporting growths of 10-15% annually worldwide. Unfortunately, this has had many negative consequences – especially for options masquerading as ecotourism which are actually detrimental to the environment.

An important fact of eco-friendly travels is avoiding “green” traps.

Some people mistake any form of nature travel with ecotourism. Just because you’re in nature doesn’t mean you’re doing something right – on the contrary, it often means that your impact is high and negative. Things like jungle travel or adventure travel are not eco-friendly and shouldn’t be confused as such even though many touristic operators use buzz words like “green” or “eco-friendly” – this is a clear case of greenwashing.

So, if something is said to be eco-friendly, how can we know when it is or when it’s not? Well, think about the first objective and use your awareness. If the trip involves walking through the jungle, does that walk help nature and locals in any way? If they say the money goes towards conservation, how much is going that way? Is it 1 percent? 10 percent? 70 percent? Ask questions like these before you decide what’s eco-friendly and what’s not. Pay special attention to petting zoos or so-called sanctuaries.

It’s a way to make a massive difference and it’s something which I hope more and more people will start doing.