A Spectacular Pie Chart of the World’s Most Spoken Languages

“A world of languages” is a fascinating infographic created by Alberto Lucas Lopéz for the South China Morning Post. It highlights the most spoken languages in the world, and what countries actually speak them. The results may surprise you, so have a look: 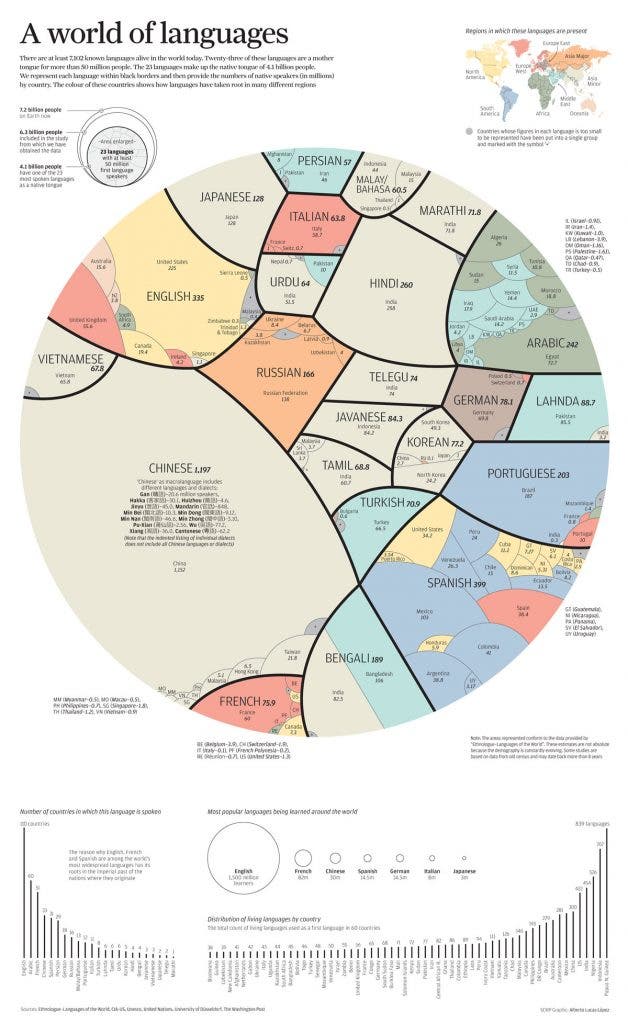 “There are at least 7,102 known languages alive in the world today. Twenty-three of these languages are a mother tongue for more than 50 million people. The 23 languages make up the native tongue of 4.1 billion people. We represent each language within black borders and then provide the numbers of native speakers (in millions) by country. The colour of these countries shows how languages have taken root in many different regions.”

The information is based on data from Ethnologue, a comprehensive reference work cataloging all of the world’s known living languages since 1951. To see the full 2000px wide resolution of this pie chart click here.

So, what do you think? Did you expect the world’s language proportion to look like this? Did it change your perception? Leave your reply in the comments.