What is Daylight Savings Time, how it came to be, and why we should probably get rid of it

Daylight Savings Time is actually a pretty big deal -- but is it a good thing?

Depending on where you live, you might have noticed that every now and then, something strange happens to the time of day — it gets pushed back and forth by an hour. The practice is called Daylight Savings Time (DST), and it involves advancing clocks during summer months so that evening daylight lasts longer, at the sacrifice of normal sunrise times. The time is shifted forward by one hour close to the start of spring and then pushed backward in the autumn time.

Not all countries do participate, and not everyone thinks this is a good idea. Here, we’ll have a look at how this phenomenon started and whether or not we should get rid of it.

In 1895, New Zealand scientist George Vernon Hudson presented a paper to the Wellington Philosophical Society advocating a 2-hour shift forward in October and a 2-hour shift back in March. People thought it was an interesting idea, but it never caught any significant traction. Independently from Hudson, British builder William Willett proposed setting the clocks ahead 20 minutes on each of the 4 Sundays in April and then setting them back on every Sunday in September, making a total of 8 switches a year. Willett’s proposal was discussed by the British Parliament, but it didn’t gain enough support to become a law. His idea was also motivated by a rather petty grievance of Willet. An avid golfer, Willett disliked cutting short his round at dusk and wanted to enjoy the longer daylight hours of the summer.

The rationale behind it seemed fairly logical: in an industrialized world, we have a clock-based schedule for daily activities. We go to work at school at fixed hours, we leave at fixed hours, shops run at fixed hours, and so on. However, north and south of the tropics, daylight lasts longer in summer and shorter in winter. Daylight Savings is a way of adjusting our schedule to that geographical situation, shifting our active day based on the daylight. They also proposed that DST would save energy by reducing the need for artificial illumination, though recent studies have challenged that assumption (more on that later).

Ironically, the first country to implement DST was Germany, during World War I — on April 30, 1916, the German Empire and its World War I ally Austria-Hungary introduced DST as a way to save coal during wartime. It didn’t take long for the rest of Europe and the US to follow suit.

Since its early days, DST has undergone several changes, modifications, and challenges. Different countries approach it in different ways, and some countries have abandoned it altogether.

Several countries repealed DST after WWI, although Britain continued to use it. Winston Churchill argued that it enlarged “the opportunities for the pursuit of health and happiness among the millions of people who live in this country.”

World War II brought DST back to the table and after that, DST has continued to be a hotly debated topic.

Retailing and tourism industries have continuously supported the use of DST, while numerous other groups, especially farmers, have fought against it. Interestingly, US President Woodrow Wilson, like Willett an avid golfer, vetoed the repeal twice but his second veto was overridden — only to be reintroduced again, several decades later.

As of 2018, the  European Union shifts all zones at the same instant — at 01:00 Greenwich Mean Time. In the US, the standardization of peacetime DST didn’t come until 1966, excluding Arizona and Hawaii, who don’t use it.

DST doesn’t really make any sense when you’re close to the equator, since the day and the night are approximately the same length regardless of season, and when you go to high latitudes, where the daylight shifts are so dramatic that they can’t be balanced by a clock adjustment.

The pros and cons of DST

Supporters of DST argue that it saves energy, promotes outdoor leisure activity in the evening (in summer), and is therefore good for physical and psychological health, reduces traffic accidents, reduces crime or is good for business.

Opponents say that it doesn’t save energy, it increases health risks (such as heart attacks), it disrupts activities, and the sheer act of moving the clock twice a year causes confusion and risks that far outweight any small benefits.

Let’s take them one by one.

A 2017 meta-analysis of 44 studies found that DST leads to electricity savings of only 0.34% during the days when DST applies. Furthermore, the reduction isn’t uniform, and some countries actually lose energy rather than gain it. They found that while countries like Canada and the United Kingdom save energy, the US, Mexico, and North Africa actually lose energy by switching to DST.

Furthermore, several studies have suggested that DST increases motor fuel consumption. All in all, the idea that DST saves energy doesn’t seem to have enough backing to justify Daylight Savings.

Again, DST has mixed effects on health. By causing the sun to rise and set later by an hour, Daylight Savings offers more sun exposure, which can be a good thing (as it supports increased production of vitamin D and it tends to make people happier) or a bad thing (by raising the risk of skin cancer). Some studies have found that DST alleviates depression, while other studies claim the contrary.

DST shifts are associated with higher rates of ischemic stroke in the first two days after the shift, though this trend doesn’t continue after the first few days. Several studies have also found that DST tends to disrupt sleep patterns. The start of DST has also been linked to miscarriages for in vitro fertilization patients.

Lighter is safer — DST seems to reduce some types of robbery (most notably robbery and sexual assault), as fewer potential victims are outside after dusk.

In 1975, the U.S. DOT conservatively identified a 0.7% reduction in traffic fatalities during DST, and estimated the real reduction at 1.5% to 2%. However, subsequent studies have failed to find similar results and accidents do increase by as much as 11% during the two weeks that follow the end of British Summer Time — potentially due to the sleep problems mentioned above. However, this correlation doesn’t seem to apply in places like Finland, and it’s not fully clear why.

The problem with DST is that you have to do it — people need to remember it and adjust accordingly, which is a hassle. Even a small hassle, when applied to a sufficiently large part of the population, can have dramatic consequences.

People who work across time zone boundaries need to keep track of multiple DST rules, and it’s surprisingly common for people who have flights or meetings the around DST to get confused and forget to update their schedule accordingly, causing a significant waste of time and effort.

Disruption to broadcasts, billing systems, and records management are also common and can be expensive.

Perhaps the most heated debate around DST relates, as you’d expect, to money. The economic aspects of DST are, as you’d probably expect by now, difficult to gauge and assess. A 2017 study in the American Economic Journal: Applied Economics estimated that “the transition into DST caused over 30 deaths at a social cost of $275 million annually,” primarily by increasing sleep deprivation. The resulting loss in productivity costs the economy an estimated $434 million a year. However, not everyone found similar results. Time and time again, studies come up with contradicting results about the economic effects of DST, depending on the methodology used, but the balance seems to tip towards DST causing a significant loss of productivity.

However, in this particular debate, there are two sides: the winners and the losers.

The biggest winners of DST are the retailers, sporting good makers, and travel operators — the extra hours of sunlight in between the end of the typical workday and bedtime often lead people to travel more, participate in more sports, and spend more time outdoors, where they often buy things. A 1999 study estimated that DST increases the revenue of the European Union’s leisure sector by about 3%.

But on the other hand, DST harms prime-time television broadcast ratings, as well as theaters. But perhaps the biggest damage is done to farmers. It’s not just the confusion factor, but farmers also argue that grain is best harvested after dew evaporates, so when field hands arrive and leave earlier in summer, their labor is less valuable. Animals are also more sensitive to timing and can be seriously affected by Daylight Savings. 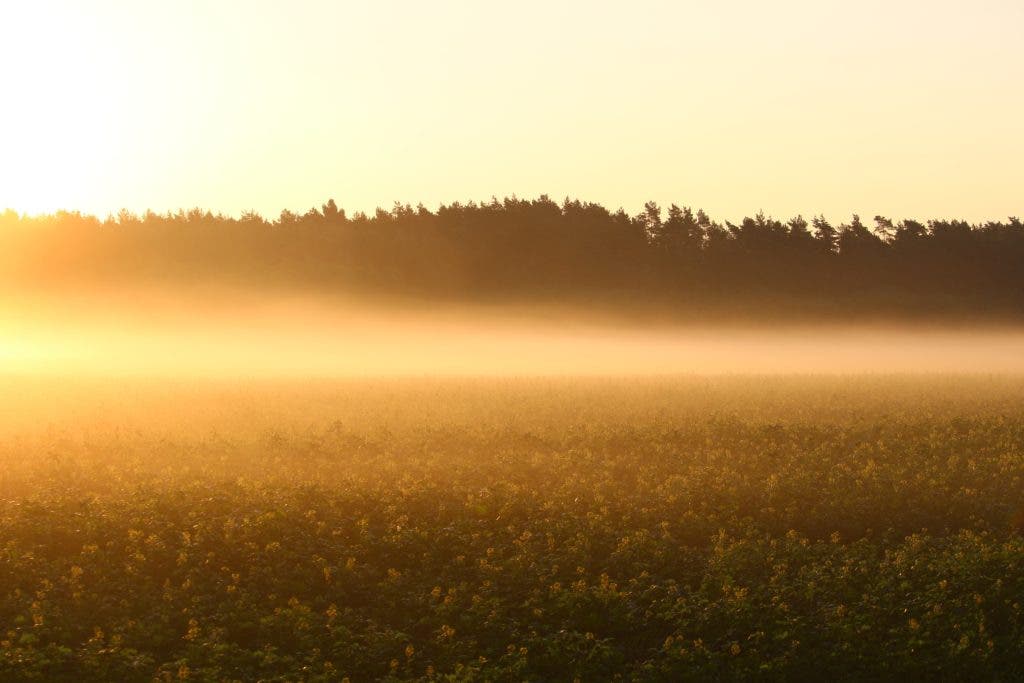 We could go on and on about the effects of DST. As far as any reasonable person can tell, there seem to be arguments both for and against this practice — none of the two sides seems to be able to deal a killing blow to the other, although there does seem to be growing evidence that Daylight Savings does more harm than good. If this is indeed the case, then perhaps a world-wide change is in order, and some countries have already started discussing it.

But in the meantime, if you have to live with DST, it’s important that you take the necessary steps to adjust to it. Keep a mental note of DST happening sometime in early Spring and Autumn, and when it happens, make sure your schedule takes this into account. Start sleeping early a few days before DST, and avoid taking naps — this should help you adjust quicker to the new time. Have a healthy, refreshing breakfast and avoid coffee and other caffeinated beverages several hours hours before bedtime. Try to expose yourself to the morning daylight, and, of course, take advantage of the longer daylight hours through sports and other enjoyable activities.