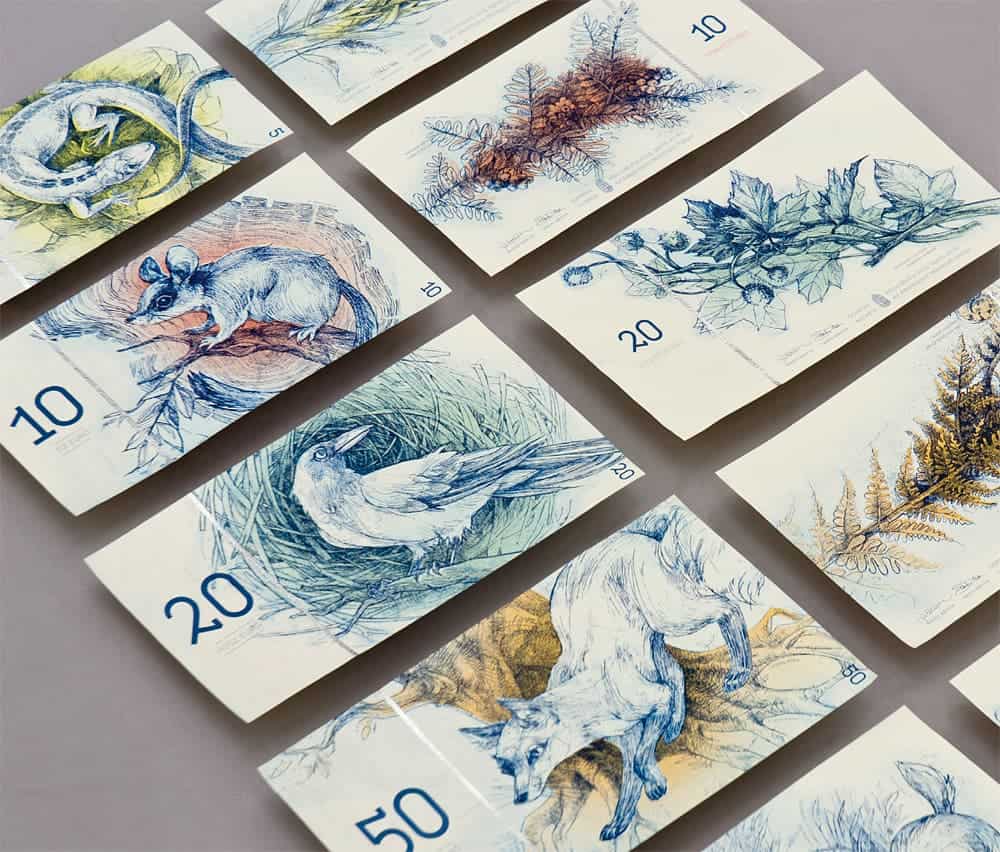 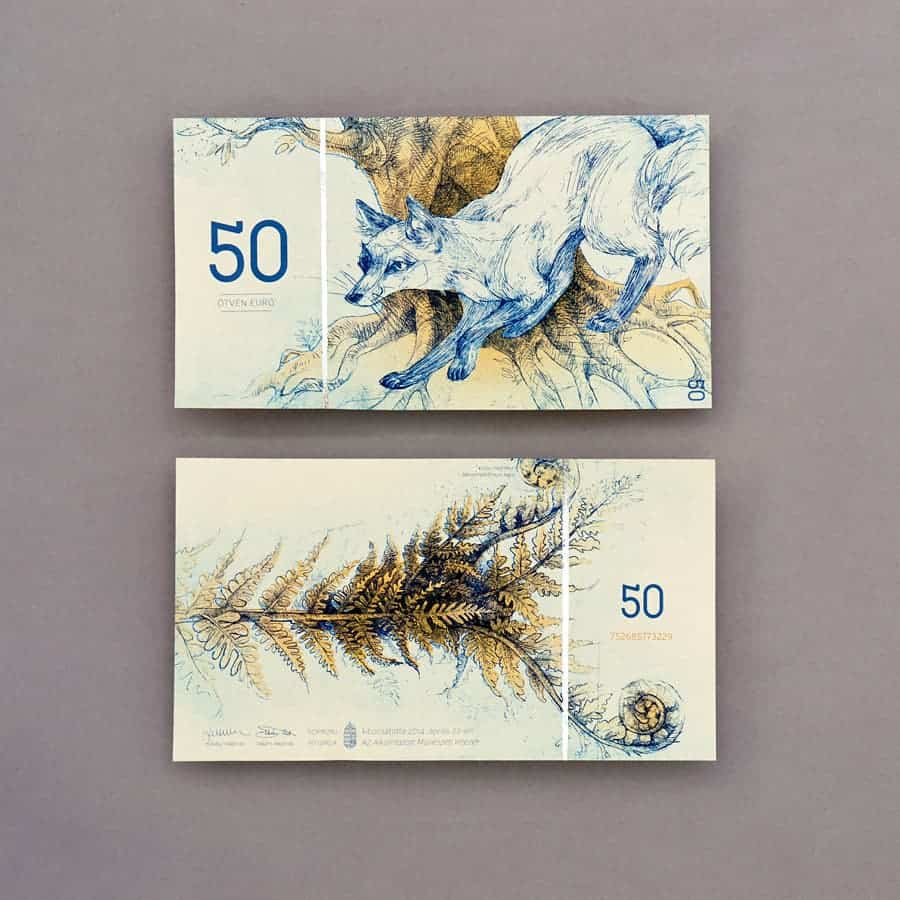 For her MA degree project at the University of West Hungary, Budapest-based graphic designer Barbara Bernát came up with these beautiful versions of the Hungarian Euro. The project involved five denominations of increasing scale – there’s a 5, a 10, a 20, 50 and 100. 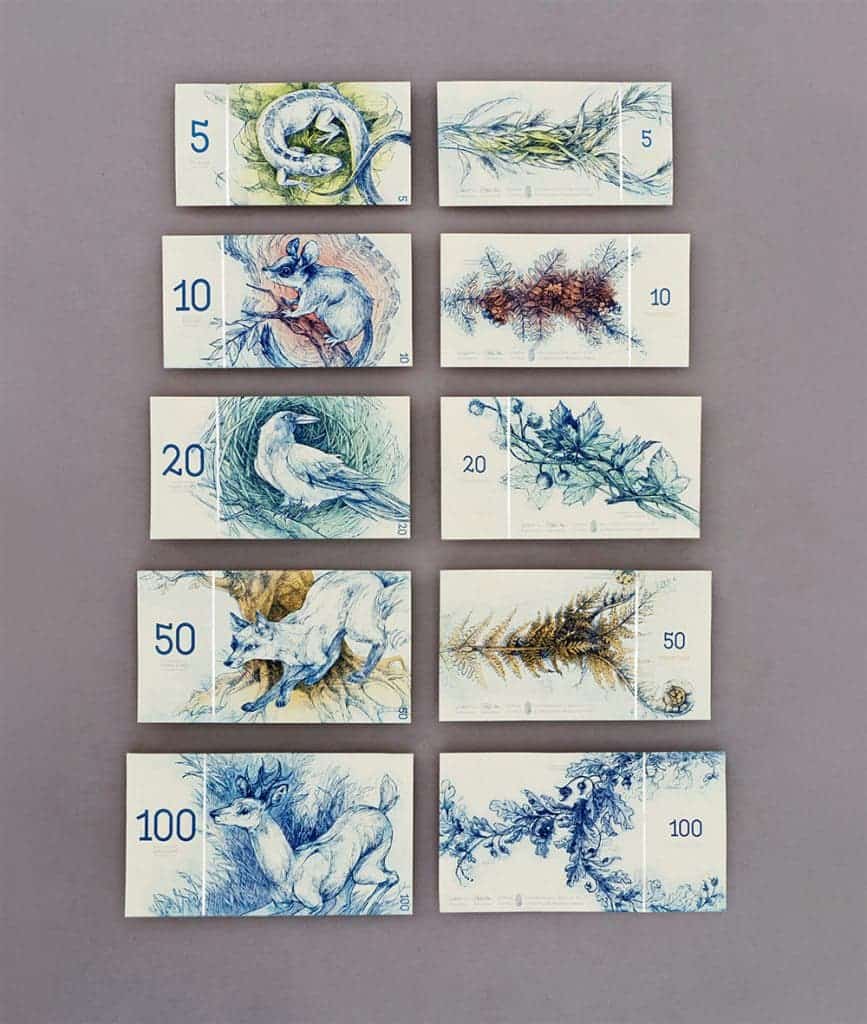 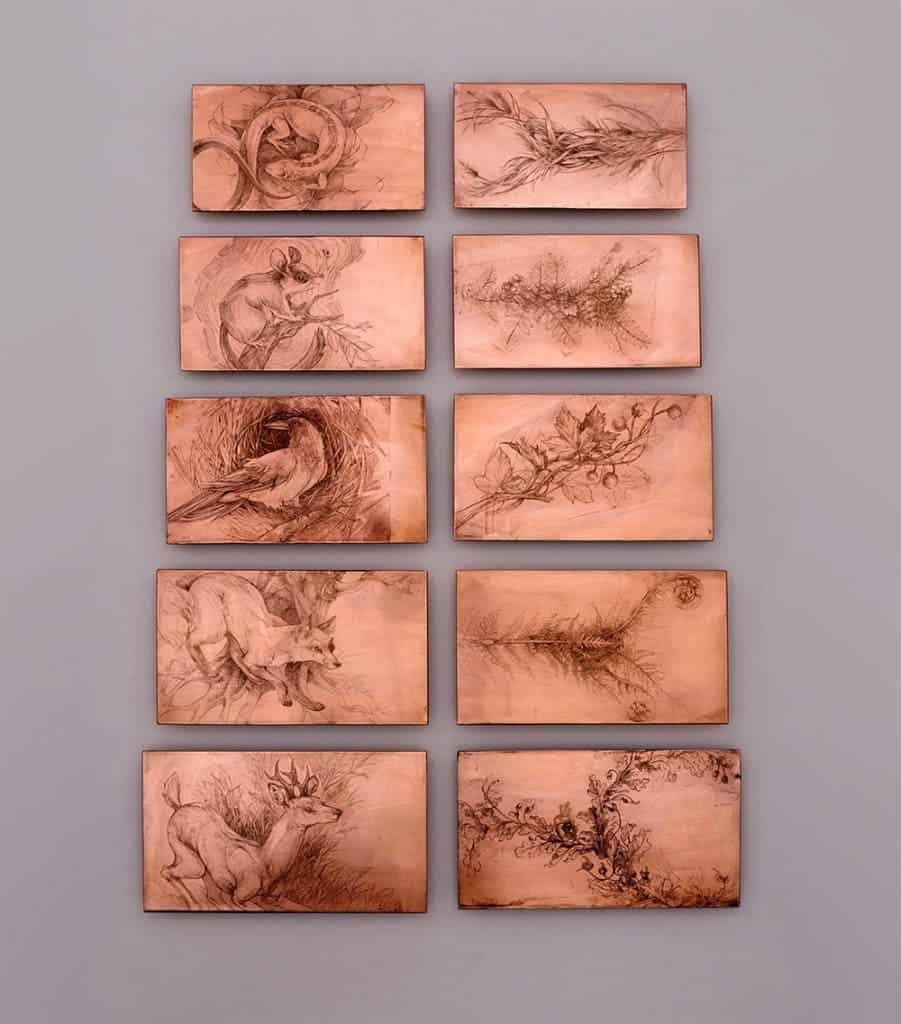 She even made the copper plates for printing the bancnotes; there’s even a security feature that reveals the skeleton of each animal under UV light, much like the new Canadian passport. 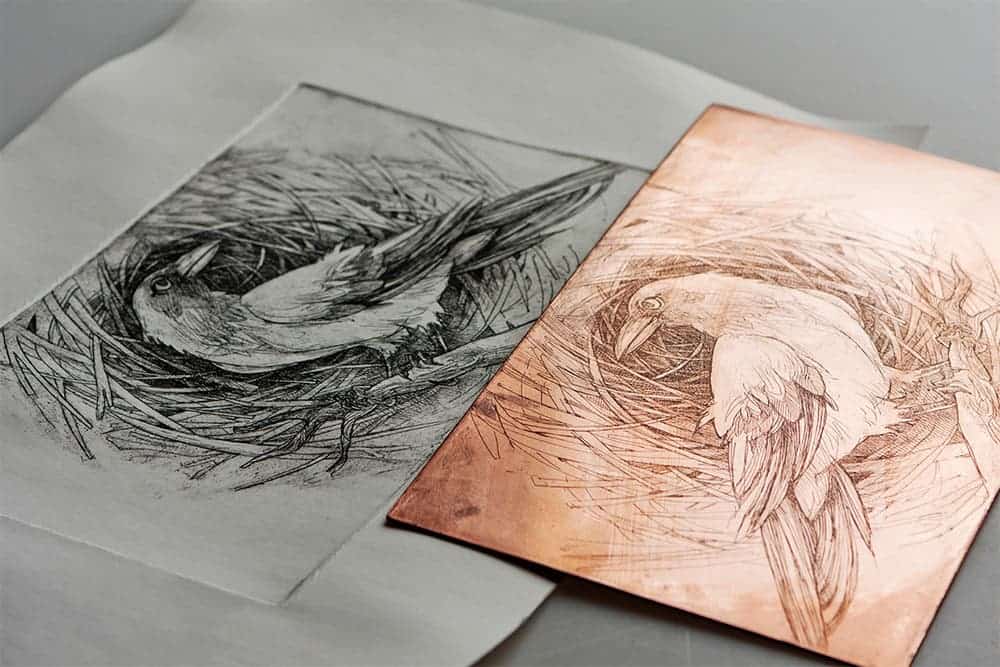 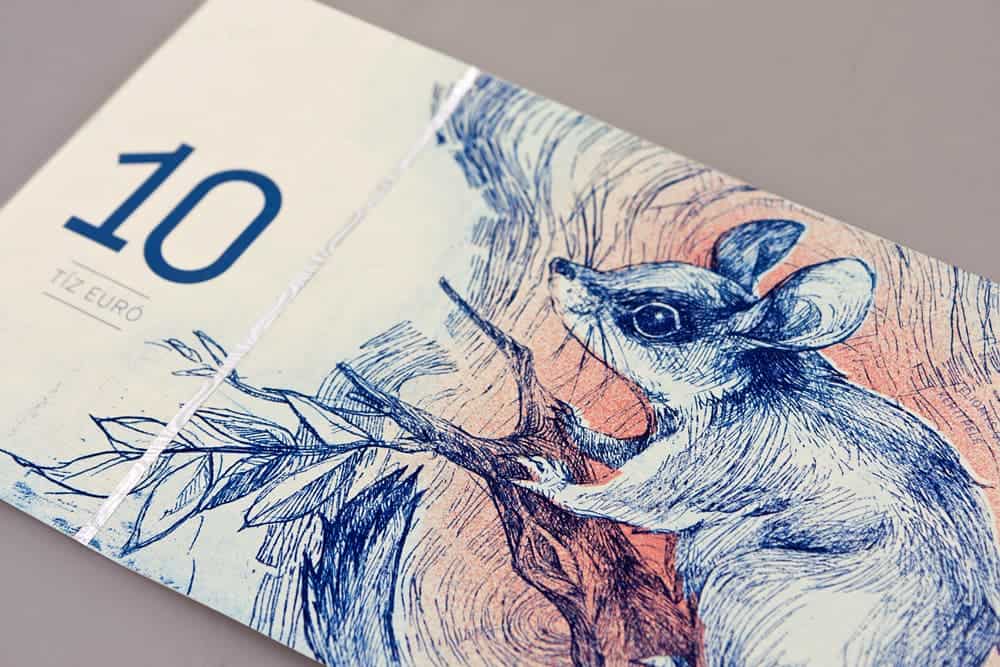 Of course, will not actually hit the market – they’re simply an art project, but a delightful one at that. The only thing which I can say I don’t like is that the denominations are not always easily visible (if the money were in your pocket or wallet). Other than that, I just think it looks better than most money designs I’ve seen. 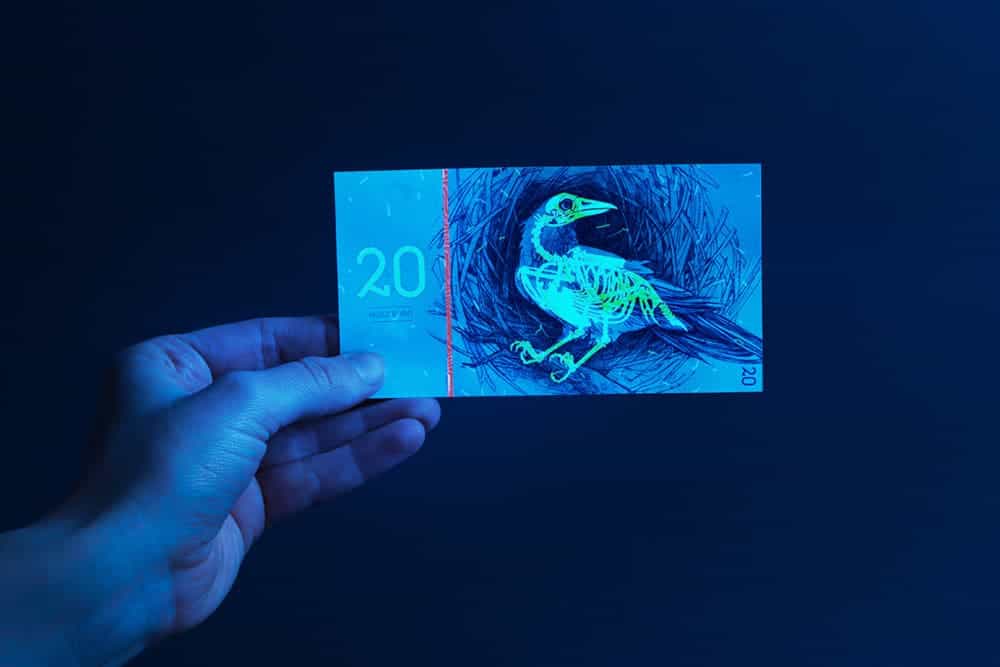