AstroPicture of the Day: An Eclipse at the End of the World

by Dragos Mitrica
in AstroPicture
Reading Time: 1 min read
A A
Share on FacebookShare on TwitterSubmit to Reddit 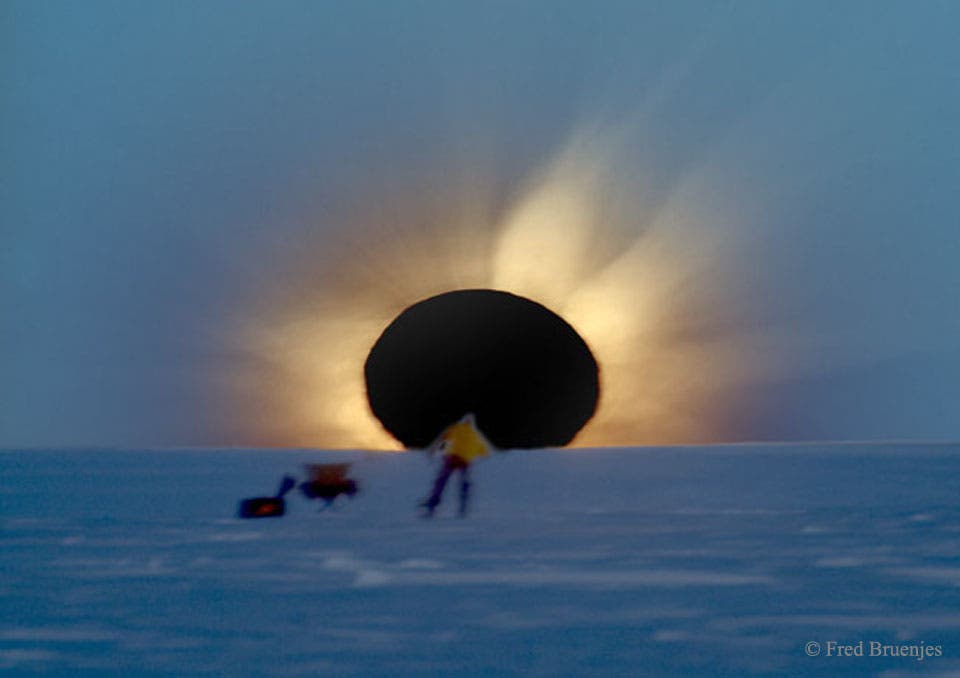 A total solar eclipse took place on November 23, 2003; the Moon elegantly set itself in between the Sun and the Earth, but this was only visible from the Antarctic region. But that didn’t stop an enthusiastic group of photographers who went on to take some stunning pictures, including the one you see above.

The image, pictured as an APOD, represents a composite of four separate images digitally combined to realistically simulate how the adaptive human eye saw the eclipse. As the image was taken, both the Moon and the Sun peeked together over an Antarctic ridge. In the sudden darkness, the magnificent corona of the Sun became visible around the Moon. Quite by accident, another photographer was caught in one of the images checking his video camera. Visible to his left are an equipment bag and a collapsible chair.

You can read more about this eclipse and see more pictures on this webpage.