Secrets of the ‘Super Agers’: elder people who

Researchers often study and analyze what goes wrong with the brains of people with dementia; but this is not the case here – researchers from Northwestern Medicinecasked themselves exactly the opposite: what happens with the brains of the so-called ‘Super Agers’, elder people who still have terrific memories. 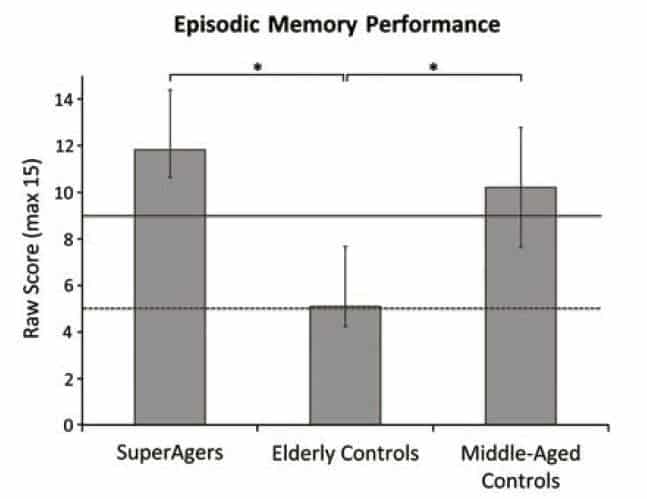 Emili Rogalski identified an elite group of people aged over 80, whose memories are just as sharp and vivid as those 30 years younger than them. The point was to find out what they have in common, in order to see what makes them special. After the MRI scans were analyzed, it became obvious that their brains are just as young and powerful as average middle-aged brains – as a matter of fact, one region was actually larger than normal. Rogalski was astounded by the elasticity and vitality of the Super Agers cortex – the outermost layer of the brain, crucial for memory, attention, perceptual awareness, thought, language, and consciousness. Typically at their age, the cortex gets much thinner, but in their case, it was just as thick as with the middle aged participants – who were some 50 years old.

“These findings are remarkable given the fact that grey matter or brain cell loss is a common part of normal aging,” said Rogalski, the principal investigator of the study and an assistant research professor at the Cognitive Neurology and Alzheimer’s Disease Center at Northwestern University Feinberg School of Medicine.

Identifying these people and figuring out their secrets, she hopes to find out ways to protect aging brains from degrading processes.

“By looking at a really healthy older brain, we can start to deduce how SuperAgers are able to maintain their good memory,” Rogalski said. “Many scientists study what’s wrong with the brain, but maybe we can ultimately help Alzheimer’s patients by figuring out what goes right in the brain of SuperAgers. What we learn from these healthy brains may inform our strategies for improving quality of life for the elderly and for combatting Alzheimer’s disease.”

Most of the SuperAgers involved in the study intend to donate their brains for the further development of the study.

“By studying their brains we can link the attributes of the living person to the underlying cellular features,” Rogalski said.