Sterilizing with the Sun

Using nothing more than sunlight, researchers and students from the MIT are trying to change how medical equipment is sterilized in remote clinics which don’t have many alternatives; they’ve started a pilot project in Nicaragua, one that’s working out pretty fine for them. 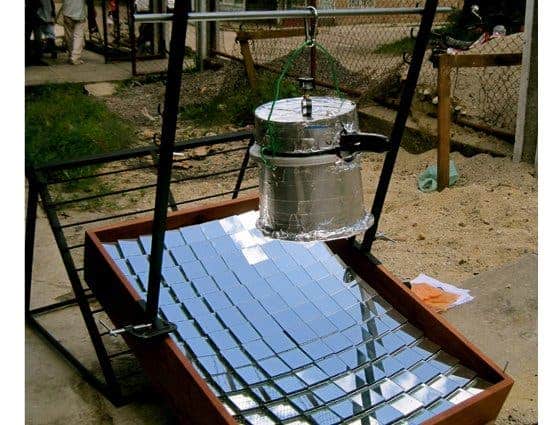 Nicaragua is a mostly rural country of six million is served by some 11 hospitals, dozens of health centers, and some 1,300 “health posts” that provide emergency care, obstetric services and the occasional baby delivery. Most of these posts lack adequate equipment and are often unable to sterilize surgical tools and bandages or have kerosene-powered autoclaves. More often than not, nurses resort to boiling or swabbing tools with alcohol.

A laudable initiative by MIT part of the Institute’s D-Lab series of classes, workshops and labs, has developed an alternative called SolarClave, a solar-powered autoclave that can be built and repaired with simple, locally available parts and materials. Not only does the device cost way less than existing kerosene or electric sterilizers but it also requires no fuel to run and is more easily repaired.

The device, explains Anna Young, a D-Lab Scale-Ups Fellow and leader of the SolarClave project, is an example of a different approach to creating technologies for use in the developing world – rather than have a team work it out in a British lab and then trying to adapt the technology to the realities of the underdeveloped world, have the team in the field and develop solutions “in situ” – great idea if you ask me. SolarClave is an example of that process in action, Young says. In the three years in which it has been under development, “the design has changed drastically”, constantly improving and adapting to the feedback in Nicaragua – which wouldn’t have been possible in the classic approach.

The changes were mostly focused on simplifying the design, making it easier to build and easier to manage. The initial system was basically a boiler suspended over a foil-covered parabolic reflector. From that boiler, tubing carried steam to a sterilizing vessel several feet away. Problems emerged virtually instant – the foil was vulnerable to damage and hard to replace locally. Also, the tubing that carried the steam was inefficient, and prone to leakage and damage. As time passed though…

The system improved more and more. The insecure tubing system was replaced with an ordinary pressure cooker, suspended directly over the reflector, to contain the tools and materials being sterilized. The initial lumpy reflector was turned into an array of small pocket mirrors which are of course available virtually anywhere (and less prone to damage). 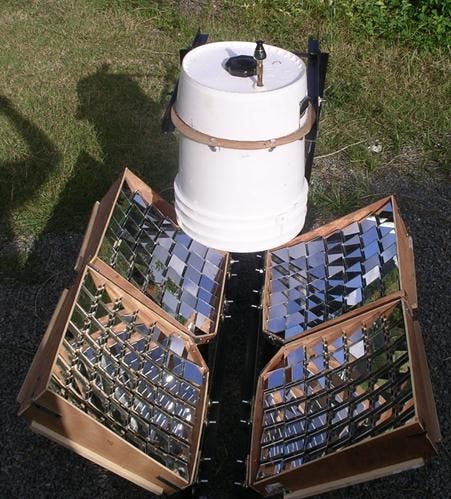 “If a rock falls on a mirror, just the mirror breaks, not the whole array,” Young says.

The improved prototype is now used at three test locations in Nicaragua, with several more being planned for this summer. The next step is to work with a Nicaraguan company to manufacture and sell the devices.

“It will be made using local supply chains,” Young says, “and it is easily repairable and modifiable.” Users will be able to adapt the system based on their own experience with it and on local availability of parts and materials.

After the project is tested and proven in Nicaragua, then the plan will expand to other areas in Central America and Africa – where it has the possibility to do most good.

“We’re looking for local partners,” she says, “and we’ll be able to license the device to them, and work with them on installation and assembly.”