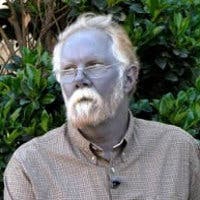 Silver nanoparticles are often used for extensive medical treatments or antimicrobial health tonics. They’re even used in skin care products, which is rather ironic considering they’ve been linked with argyria, a condition in which the skin turns grayish-blue. Although scientists have known for quite a while that too much silver can cause this condition, the exact mechanisms that cause this transformation were unknown until recently. Interestingly, the process is similar to  developing black-and-white photographs.

“It’s the first conceptual model giving the whole picture of how one develops this condition,” said Robert Hurt, professor of engineering at Brown and part of the research team. “What’s interesting here is that the particles someone ingests aren’t the particles that ultimately cause the disorder.”

The change in skin colour hue is due to silver particles arriving deep in skin tissue, but for quite a while it wasn’t clear how they winded up there. Hurt and colleagues showed that nanosilver is broken down in the stomach, absorbed into the bloodstream as a salt and finally deposited in the skin, where exposure to light turns the salt back into elemental silver, which in turn is to blame for the bluish skin.

How they did figured this out exactly is documented in a recent paper published in the journal ACS Nano, and presented more extensively at the Brown University Newsroom. In the video below, you can watch a CNN report on Paul Karason, popularly referred to on the internet as papa smurf, who for many years ingested a solution known as colloidal silver.